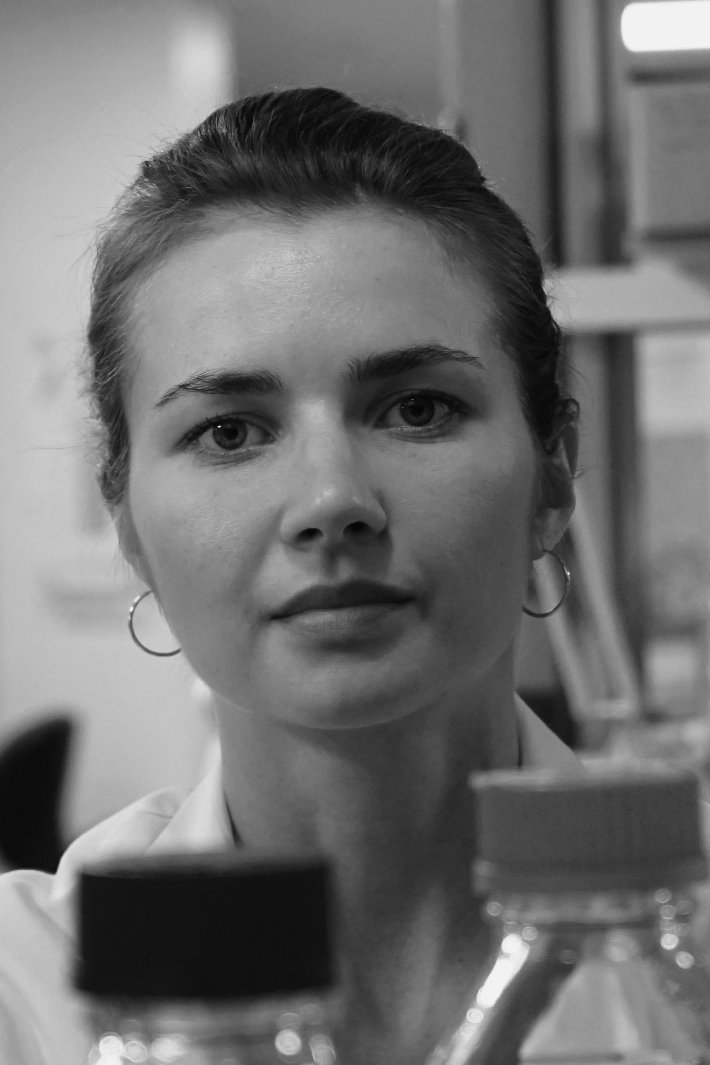 Cell polarity is an essential feature of animal cells and can be described as intrinsic asymmetry observed in cells, either in their shape, structure, or distribution of cellular components and maintained by appropriate signalling. The nucleus is the largest organelle, commonly depicted in the center of the cell, however very little is known about the polarity transmission from the cytoplasm to it. Although there had been some reports showing polarization of the nuclear envelope, I have recently found that in front-to-rear polarized cells the asymmetric organization of the cell was transmitted to the nucleus including nuclear envelope, nucleoplasmic proteins and DNA domains. As one of the determinants of nuclear polarity, I identified Emerin, an integral protein of the nuclear envelope. Additionally, I have also found other proteins to be distributed in a polarized manner including proteins of linker of nucleoskeleton and cytoskeleton (LINC) that establish connections of nucleus to actin and intermediate filaments in the cytoplasm, being a critical for force transmission between these two cellular compartments.

Prostate cancer (PCa) accounts for an estimated 142,000 deaths in industrialized countries each year. Metastases are the major cause of all cancer-related deaths (>90% of cases). In PCa, they occur in ca. 4% of the affected men, mainly in distant lymph nodes and bones, but also less frequently in liver, lungs, kidney or even central nervous system. The five-year survival of localized PCa is estimated as nearly 100%, whereas metastatic PCa – as only 29. Therefore, it is reasonable to think that early identification of drivers of metastatic cascade and in turn patients at the high risk of progression might be the key step to intervene months or even years before the overt metastases occur. Emerin was recently pointed as a mediator of nuclear shape stability in cancer its destabilization promoted metastasis. My preliminary results suggest that nuclear polarity can change in various cellular phenotypes in prostate normal and cancer cells. Additionally, I observed that although its expression remains stable within the metastatic cascade, Emerin often shows altered distribution within nuclear envelope. I would like to further investigate nuclear polarity as a novel phenomenon, the mechanism of its transmission and significance in prostate cancer progression.