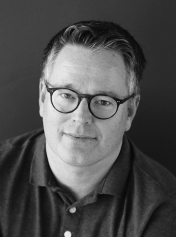 With the introduction of next-generation sequencing techniques, the genomic landscape of chronic lymphocytic leukemia (CLL) was rapidly unraveled. Already in the initial studies, it became apparent that only a handful of ‘driver’ genes were more frequently mutated and associated with a poor outcome in CLL (i.e. TP53, ATM, SF3B1 and NOTCH1). In addition to this, a seemingly endless ‘tail’ of low-frequent, recurrently mutated genes was identified (e.g. BIRC3, MYD88, NFKBIE, POT1, RPS15 and XPO1). Today, more than 1,000 CLL patients have been whole-exome sequenced and over 2,000 mutated genes have thus far been reported, most of which were detected in less than 1-5% of patients. Considering the increasing number of mutated genes occurring only in a minor proportion of cases makes it particularly difficult to study the clinical impact of more rare mutations without analyzing large patient cohorts, but also poses a challenge to select which gene mutations to be further studied regarding their functional role. In order to gain insight into the former, we are currently performing a large- scale study including 10 genes and more than 4,600 CLL patients. This effort will hopefully inform us as to which genes to include in the future diagnostic set-up to identify high-risk CLL patients. Finally, it will be important to develop new diagnostic assays that can capture all types of clinically relevant genetic aberrations, preferably as a single test, but also to develop highly sensitive assays to detect mutations effecting therapy response (e.g. TP53 mutations) or therapy resistance (e.g. BTK and PCLG2 mutations in patients progressing on the B-cell receptor signaling inhibitors).