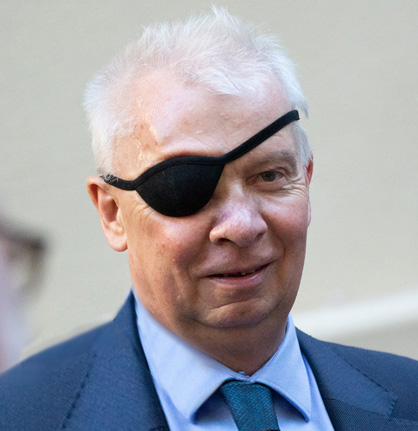 Dr. Lawrence Banks, ICGEB Scientific Coordinator and Tumour Virology Group Leader, has been elected Director-General of the ICGEB at the 25th session of the Board of Governors in Trieste, on May 21, 2019.

An expert in diseases related to cancer, Dr. Banks’ Tumour Virology laboratory focuses on the mechanisms of cancer development through Human Papillomavirus-induced malignancies. HPVs are the causative agents of a number of human tumours, including cervical cancer, which is a major cause of cancer related death in women in many parts of the world.

PhD from Leeds University, UK, Dr. Banks has previously worked at the Imperial Cancer Research Fund, Wellcome Research Laboratories, UK, and the Ludwig Institute for Cancer Research, London. Resident at the ICGEB in Trieste since 1990, he has been coordinating the scientific activities of the ICGEB Components since 2016 and is internationally recognised for his work to promote collaboration and networking between the ICGEB Member States.

In July 2019, Dr. Banks brings world leaders in the field of DNA Tumour Viruses to Trieste on the occasion of the 50th Anniversary of the ICGEB DNA Tumour Virus Meeting.

Dr. Banks, UK, succeeds Prof. Mauro Giacca, Director-General since 2014, whose mandate ends on 30 June this year and who leaves the Organisation to pursue his research in cardiac regeneration at King’s College London.