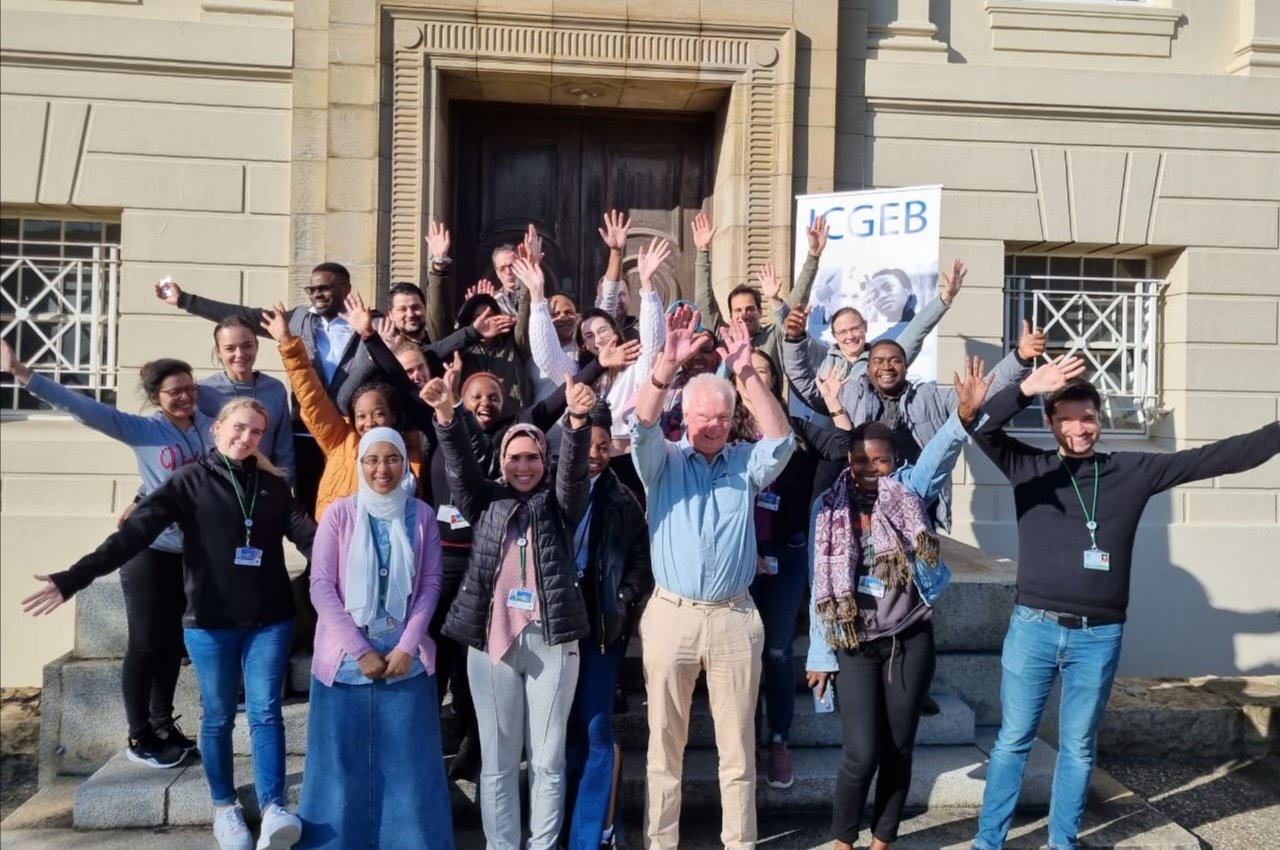 With research highlights, testimonials and feature stories from Headquarters in Italy, happenings in South Africa and Scientific Meetings in India.

Between mid-August and early September 2022, Dr. Banks and an ICGEB delegation including staff and scientists from Trieste, New Delhi and Cape Town took South Africa by storm. The mission included a high-level diplomatic visit to Zimbabwe, a working visit to the Cape Town Component – an opportunity to engage with the many Fellows currently on board, on to Durban and the 2022 BIO Africa Convention.

ICGEB was involved in an array of activities, showcasing its research and opening avenues for future development in agriculture, energy, health and diagnostics on the international arena. The Convention was also the venue for the 2nd edition of the popular science event “ICGEB Science & the City South Africa” – entitled “Whose IP is it anyway? Making biotech accessible to all.”

While other public engagement events were taking place in the province of Limpopo with ICGEB scientists running Foldscope workshops, the Director-General signed an MoU with the University of Venda, in the latest formal agreement between the Organisation and Universities in South Africa.

During this time, across the Components, EMPOWER, PACTs and other Fellowship awardees were settling into their host labs in Trieste, Delhi and Cape Town. We are delighted to feature some of their stories this month.

In addition, on 1 September, 2022, ICGEB New Delhi held its annual PhD orientation session for the new student cohort who are part of the ICGEB JNU PhD Program.