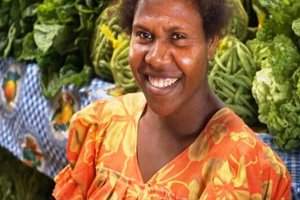 The ICGEB Biopesticides Group headed by Dennis Ndolo, is the lead implementing partner for a project funded by the Standards and Trade Development Facility.

ICGEB has recently received a grant of US$ 798,000 from the Standards and Trade Development Facility for a 3-year project entitled ‘Enhancing Trade Through Regulatory Harmonisation and Biopesticide Based Residue Mitigation in the SADC Region’. The goal of the project is to promote the registration and use of biopesticides and hence reduce chemical pesticide residues in major export crops.

This is expected to increase compliance with residue standards in key export markets, and thus boost trade from the region. Participating SADC countries include Botswana, Mozambique, South Africa, Tanzania, Zambia and Zimbabwe, with Kenya as a collaborating country.

The ICGEB Biopesticides Group is the lead implementing partner for the project. Other project partners include the IR-4 Project, Rutgers University, the Southern Africa Biosciences Network, the South African Pesticide Regulators Forum and the South African Bioproducts Organisation. The United States Department of Agriculture – Foreign Agricultural Service – has also pledged in-kind support for the project.