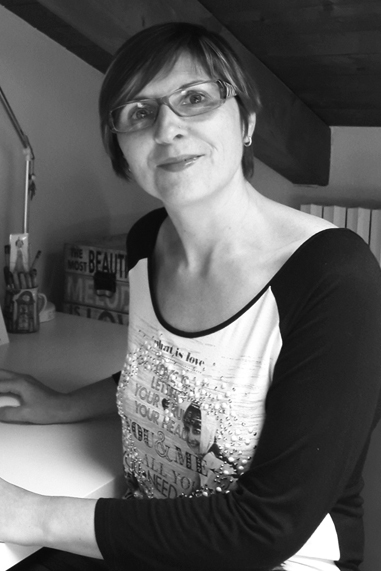 Deregulated phase transitions as driver of cellular aging and disease

In 1998, obtained her master degree in Pharmaceutical and Chemical Sciences (summa cum laude) at the University of Modena, Italy. From 2000-2004, she was assigned a PhD scholarship by the European Commission-Structural Funds and Ministero dell’Università e della Ricerca Scientifica e Tecnologica. In 2004, she obtained her PhD degree in Neurobiology. After completing her PhD, Dr. Carra worked as post-doc in the lab of Prof. Jacques Landry (Québec, Canada), where she stayed until 2007. During this period, Dr. Carra discovered the HSPB8-BAG3-HSP70 complex and its role in targeting misfolded and mutated proteins to autophagy for clearance. In 2007, Dr. Carra was appointed Senior Scientist in Prof. Harm H. Kampinga lab (University Medical Centre Groningen, UMCG, The Netherlands). Two years later, Dr. Carra was promoted as Assistant Professor at UMCG. During this period, Dr. Carra further demonstrated the implication of the HSPB8-BAG3-HSP70 complex in age-related neurodegenerative diseases, identifying also the Drosophila melanogaster ortholog of the complex and its neuroprotective activity in flies. Dr. Carra obtained grants from the European Community (Marie Curie FP7 program), from the Princess Beatrix Foundation, and from The French Muscular Dystrophy Association (AFM) to support her independent research in the lab of prof. Kampinga. In 2011, Dr. Carra was awarded the Rita Levi Montalcini Prize (Rientro dei cervelli program, 2009) and she moved to the University of Modena and Reggio Emilia, Italy, where she established her own independent lab. Here, Dr. Carra pursued her research aimed at understanding the role of chaperones in the maintenance of proteostasis, as well as their implication in neurodegenerative and neuromuscular diseases. Within the six years of her own lab experience, Dr. Carra published several articles in Cell Death&Differentiation, Autophagy, Molecular Cell and Cell Reports and she contributed to several other papers and reviews (Autophagy, Oncogene, Frontiers, CSC, etc.). Dr. Carra obtained research grants from the Italian government (MIUR, Italian Ministry of Health and Italian Ministry of Foreign Affairs), from the Telethon, AMF and AriSLA foundations and from the European grant JPND (project coordinated by Dr. S. Alberti). Finally, Dr. Carra is one of the leading members in the HSPB field and she organized dedicated international workshops (Bertinoro, Italy, 2016; Québec, Canada, 2018).