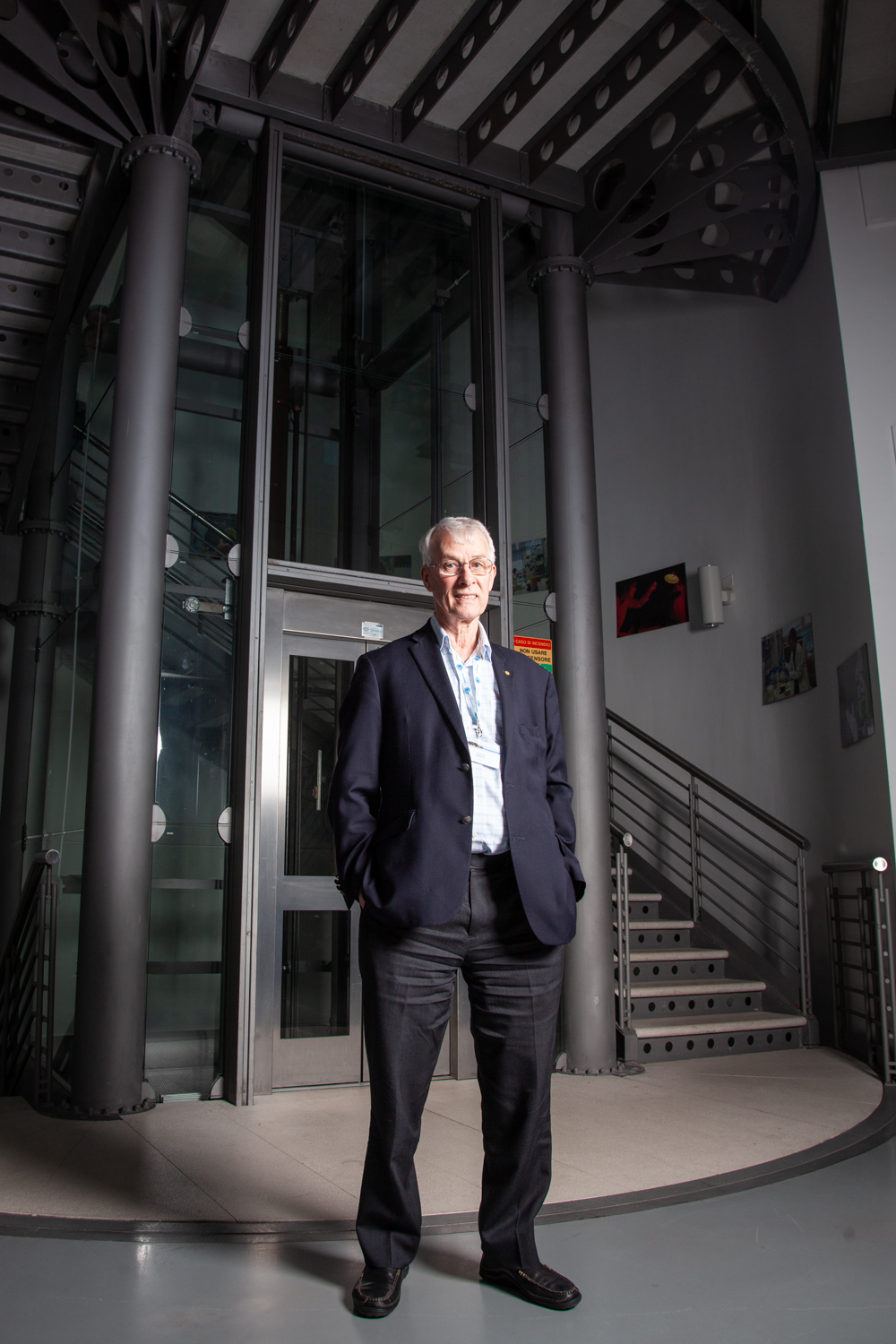 Attending the 25th session of the ICGEB Board of Governors in Trieste, Italy from 21-22 May 2019, Sir Richard Roberts presents the Nobel Campaign supporting GMOs and Golden Rice. Watch his presentation here.

Rich Roberts, Nobel Prize in Physiology or Medicine, 1993, has been a member of the Council of Scientific Advisers between 2005-2015, and since 2016 has been serving his second mandate. A highly distinguished Member of the CSA, Sir Richard has been to Trieste twice in 2019: for the CSA session in March, to review the scientific activity of the Organisation, and most recently, between 21-22 May 2019 to attend the 25th session of the annual ICGEB Board of Governors session. These visits provide an opportunity for valuable interaction, respectively with the ICGEB scientific body and with Government representatives and policymakers from 66 Member States, Observer Countries and Observer Organisations (including APAARI, UNIDO, UNU-BIOLAC) as a platform to promote the Nobel campaign supporting GMOs and Golden Rice.

On Wednesday, 22 May, Prof. Roberts gave a presentation to a broad public audience, entitled  “The Nobel campaign supporting GMO technology”. The talk, which was also streamed live from the Board Conference Hall in Trieste world-wide, discussed his support for precision agriculture by spearheading a campaign by Nobel Laureates to counter pseudoscience and policies that counter the use of GMOs, in order to make a real difference to the lives of the poor in this world.

There are 142 Nobel Laureates supporting the GMO campaign, calling for “science honesty about GMOs”. Marc Van Montagu, who together with Jeff Schell and Mary Dell Clinton discovered Ti plasmid transformation, also served on the ICGEB CSA between 2007-2013. Rich Roberts demonstrated in his presentation the way in which traditional, conventional breeding method versus precision breeding has been scientifically proven safe yet has been decried as “dangerous” by Greenpeace.

In Rich Roberts own words: “When Monsanto first tried to introduce GMO seeds into Europe there was a backlash by the Green parties and their political allies, who feared that American agro-business was about to take over their food supply. Thus began a massive campaign not against the true targets, Monsanto and the large agro-businesses, but rather against the surrogate target, GMOs. This has had disastrous consequences for one of the most promising technologies ever developed for improving food supplies. I am spearheading a campaign by the Nobel Laureates to counter the damage that is being done to the poor people in this world – notably in the developing countries – by Greenpeace and their allies who have deliberately ignored the science that underpins GMOs and have been painting horrific pictures of the dangers that might ensue. I will use Golden Rice as a clear example of the costs of these shortsighted policies. Millions of children have died or suffered developmental impairment because of a lack of Vitamin A in their diet.  Golden Rice could reverse this, but has become a target of the Green parties because it is a GMO. This is foolish and dangerous. How many more children must die before this is considered a crime against humanity? I will argue that the Pope and the major religious organizations in this world could play a pivotal role in countering the pseudoscience being propagated by the so-called green parties and make a real difference to the lives of the poor in this world.”