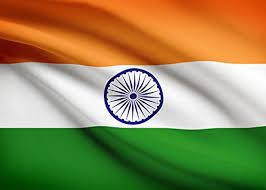 Dr. Renu Swarup, Secretary, Department of Biotechnology, Ministry of Science & Technology, Government of India first announced a new initiative for women in science at the ICGEB Symposium held in New Delhi in 2019.

This month, she writes for the ICGEB Newsletter on ICGEB, gender parity and science collaboration.

India has been a Host Country of the ICGEB since its inception. Collectively, the host countries India, Italy and South Africa, with all of the ICGEB Member States have addressed global challenges and share an unflinching commitment to science for capacity-building. DBT has now partnered with ICGEB to strengthen and promote capacity-building for Women Scientists.  Being a large Scientific Research organisation, ICGEB attracts some of the best talents in the world and has a strong diversity narrative.

One of the most prominent socio-economic changes in India over the last half-century has been the strong increase in the participation of women in the work-force. However, there is still a significantly underutilized potential in certain groups, one of which is professional women returning to work from a career break. Highly-trained doctoral women in the sciences drop out of the academic pipeline for a variety of reasons. Many women take career breaks during the course of their professional lives for a variety of reasons, and currently, a large proportion of women in the scientific field are economically inactive due to caring commitments. Many of these women want to return to research but face significant obstacles. Of course, this is a global issue, not just an Indian one, that results in waste, not only economic but also personal, in terms of the career goals and aspirations of the women concerned. Addressing the career break penalty experienced by women scientists could improve India’s scientific output and unlock the potential of a pool of talents that could drive scientific developments.

The way to transition back is often unclear for women who have taken time off their research careers in order to take care of the family needs, and a number of underlying socio-economic barriers limit their opportunities. Women are a much-needed addition to India’s STEM field, not just making up numbers, but bringing valuable skills and diversity of thought. Recognising these challenges, the Department of Biotechnology, Govt. of India has undertaken careful interventions to assist women scientists, lost to science due to family responsibilities, to return to mainstream research. To mark the commitment of its constituents to gender equality, one of the 17 Sustainable Development Goals (SDG), in 2011 DBT launched the Biotechnology Career Advancement for Women Scientists (BioCARe), specifically to bolster the participation of women scientists in Biotechnology research. The programme is primarily targeted to help women scientists pursue independent R&D projects towards career development after a career break.

Since its inception in 2011, BioCARe has produced 270 Research Scholars, with more than 200 papers published and 11 patents filed. To support their common objectives, DBT is partnering with the ICGEB, to support women scientists from other developing countries by opening research grants for them to work in India. Women scientists play critical roles in science and technology for sustainable development globally, and these programmes will help strengthen their participation. I hope that ICGEB’s adoption of the BioCARe scheme will address the barriers that women scientists face, encouraging and providing opportunities to recognise research excellence, build capacity, and inspire a new generation of women scientists in India and the rest of the world.