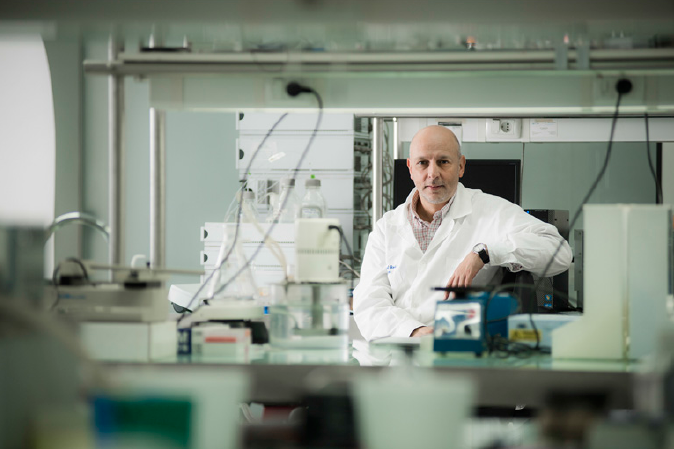 Rafael Radi, Director of the Dept. of Biochemistry at the University of the Republic of Uruguay has been serving as Member of the ICGEB Council of Scientific Advisers since 2010. Read the interview published in PNAS on his work on free radicals, oxidants and reduction/oxidation pathways in biomedicine.

Rafael Radi, Director, Dept. of Biochemistry, Faculty of Medicine, University of the Republic of Uruguay has been a serving Member of the ICGEB Council of Scientific Advisers since 2010. He has received numerous awards for his work on free radicals, oxidants, and reduction/oxidatoin pathways in biomedicine.

Read the full article of Q&As as published in the Proceedings of the National Academy of Sciences of the USA, including how he became interested in these particular studies, how he showed that his findings were biologically relevant and some of the medical applications of his work on redox pathways.

R. Radi has published over 260 original articles. He is one of the most cited scientists in Latin America. He has contributed to the development of research infrastructure and is responsible for the installation and use of national core facilities such as those in Electron Paramagnetic Resonance, Mass Spectrometry, and Stopped-Flow Spectrometry.