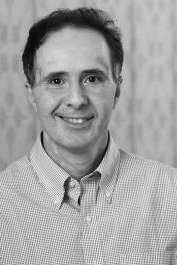 Locking the genome: the role of cytoskeletal proteins in nuclear organization and cell fate

Spatial organization of the genome is a key mechanism by which cells can control regions of chromatin accessibility and thus, gene expression, in response to environmental cues. Chromosome conformation capture technologies such as Hi-C in combination with studies of chromatin accessibility by Assay for Transposase-Accessible Chromatin (ATAC) using sequencing have revealed that the genome exhibits a hierarchical 3-D organization into compartments and subdomains such as topologically associating domains (TADs). Architectural proteins mediating interactions between intra- and inter-chromosomal loci contribute to this complex architecture. In view of its involvement in transcriptional and chromatin regulation, nuclear β-actin is also emerging as a crucial player in genome organization. β-actin is a component of several chromatin remodeling complexes such as the mammalian Brahma-associated factor (BAF) that control chromatin structure and accessibility. Here, I will discuss recent work demonstrating that changes in β-actin levels and associated chromatin remodeling activities can not only impact local chromatin accessibility but also induce reversible changes in 3-D genome architecture at compartment level. The findings support a novel role for β-actin- dependent chromatin remodeling in shaping the chromatin landscape and regulating genes involved in development and differentiation. These observations are also compatible with the emerging role of cytoskeletal proteins in regulating transcriptional reprograming during development and differentiation.