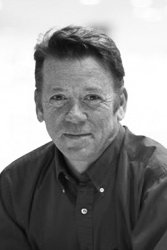 Small ubiquitin-like modifiers (SUMOs) are covalently conjugated to target proteins and modulate protein activity, aggregation, and subcellular location. SUMO isoforms are highly homologous and knockout studies have demonstrated that SUMO1 and SUMO2 are the principal functional components. Using transgenic and cellular models, we have demonstrated that elevated SUMO1 has negative consequences for synaptic function, spine formation and exacerbates Alzheimer disease pathology in vivo. In contrast, SUMO2 facilitates normal synaptic plasticity and memory and its over-expression in a transgenic model of amyloid deposition prevents cognitive impairments by preserving synaptic activity, independent of an effect on amyloid loads. Our subsequent studies have indicated that these competing SUMOylation activities play a role in several neurodegenerative diseases. Investigations into SUMO pathways has led to further understanding of the mechanisms of disease and the development of novel SUMO- based therapeutics which have been advanced to preclinical trials