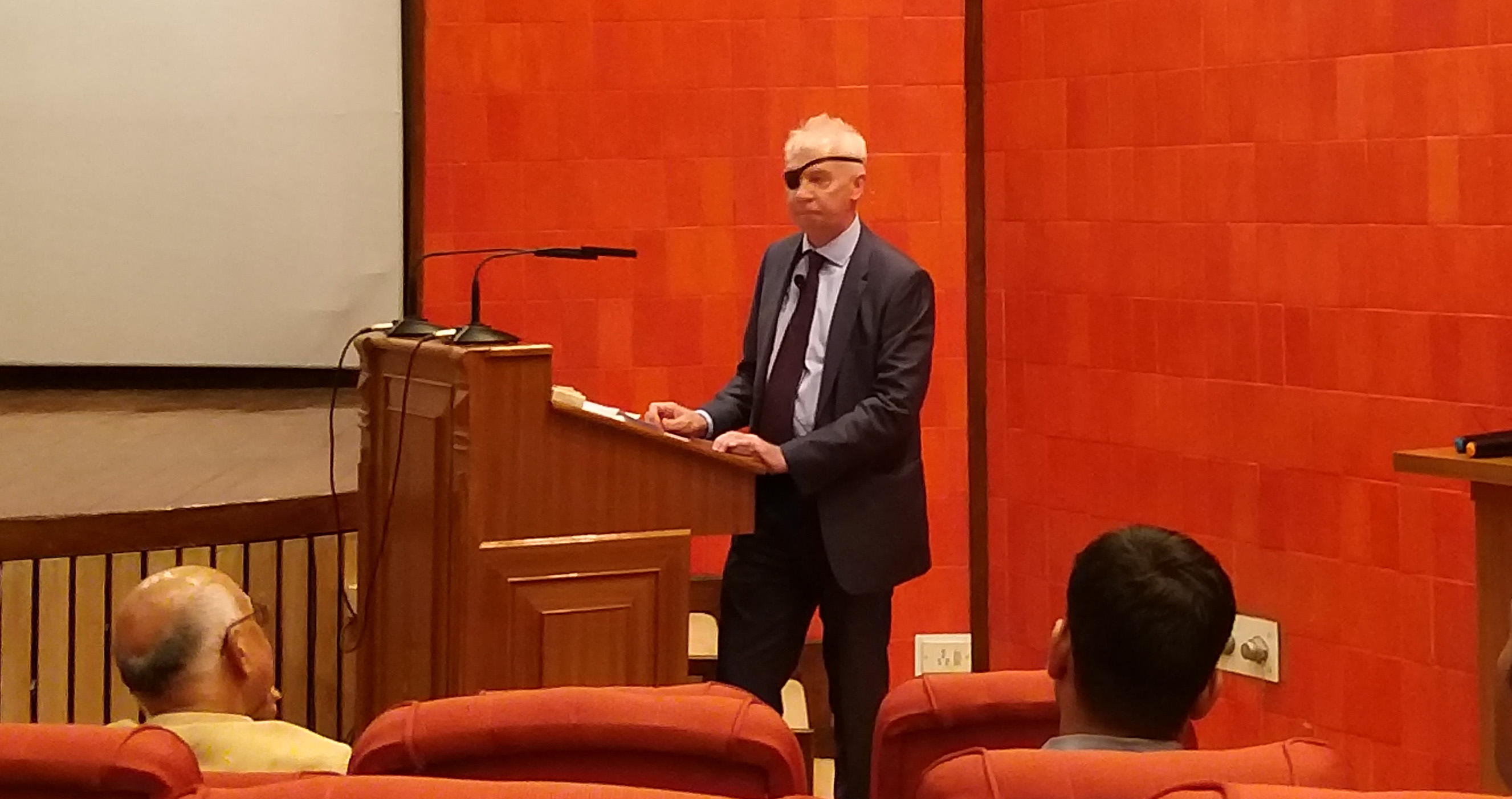 Lawrence Banks is the fifth Director-General of the ICGEB and was elected by the Board of Governors at its session in May 2019. He commences his five-year term on 1 July 2019, with an address directly from the ICGEB New Delhi Component, graciously hosted by Dinakar Salunke, Director of ICGEB India.

In taking up his mandate, the Director-General addressed the 400-strong scientific, admin and student body in New Delhi, “that has always been at the forefront of the ICGEB’s activities”; providing training and advanced education through Fellowships, Meetings and Courses and capacity building thanks to grant funding programmes and technology transfer.

In urging that each member of the Organisation has a critical role to play in achieving ICGEB’s mission, he championed continued efforts to expand programmes, identify donors, work on proposals, and pursue collaboration and training in and for our Member States , “using our skills and uniqueness to improve the lives of people living in desperate situations across the globe”.

Read more about the new Director-General

Read more About the Centre