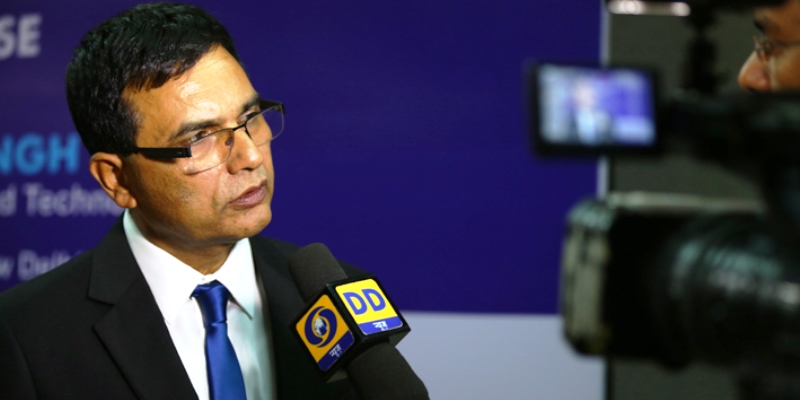 The Padma Awards are one of the highest civilian honors of India announced annually on the eve of Republic Day. The Padma Shri Award (distinguished service) was awarded to Navin Khanna, Translational Health, in recognition of his achievements in the field of science at the service of the public.

During the course of his research career at ICGEB New Delhi, Dr. Khanna has developed the cost-effective, Dengue Day 1 diagnostic test, and the world’s first botanical drug against dengue. Together with this team, he has developed 26 diagnostic kits in as many years of research.

Dr. Renu Swarup, Department of Biotechnology, Government of India commented: “This truly recognises your unstinting dedication and passion for applied and translational sciences”. Dr. Dinakar Salunke, ICGEB Director reported: “we are happy to know that Navin Khanna is in this year’s honours list for the Indian Republic Day.”

Commenting on receiving the award, Navin Khanna: “I want to express my sincere gratitude to the esteemed Padma Awards Committee, Government of India, for choosing me for this prestigious honor.  It was a big surprise for me. I also thank my talented team and ICGEB for their continued support and trust in me. I am truly humbled.”

To Lawrence Banks, ICGEB Director-General, he added: “ICGEB has indeed established as an industry-friendly organisation, and the Anti-Dengue drug development in collaboration with Sun Pharma is continuing to further strengthening our industrial interactions.”