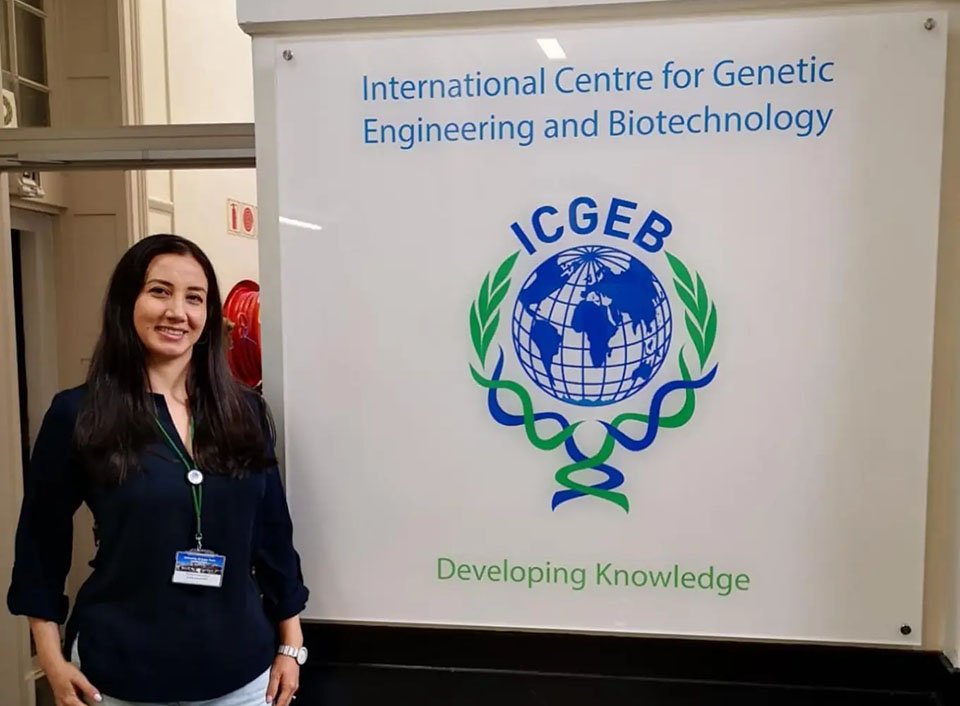 We are following up the arrival of new ICGEB Fellows with stories that are regularly posted across our social media and via multimedia. Here we present some of the new faces on campus.

Lida Carolina Lesmes Rodriguez arrived at ICGEB Cape Town in July as an EMPOWER fellow from Colombia, thanks to the fellowship programme supported by the United Nations Office for South-South Cooperation.

The program is meant to create a pool of female scientists collaborating on biotechnology and will foster gender-balanced STI communities in the Global South. These women will serve as champions in their own home institutions and in their national scientific communities and will nurture a community of Southern young women researchers, to fill the gap for role models, while strengthening scientific research for South-South cooperation.

Prof. Rajib Kumar Shrestha, Kathmandu University, Nepal was welcomed at ICGEB New Delhi in June as a fellow of the joint UNTBLDC-TWAS-ICGEB PACTs initiative (ProgrAmme of CollaboraTions with LDCs).

This south-south programme provides early-career scientists from LDCs with the opportunity to perform their research at the ICGEB Components in New Delhi and Cape Town for a 6-month period.

Dr. Pragati Pradhan from Nepal arrived at ICGEB Trieste in June as a TWAS-SISSA-Lincei fellow to work in the Bacteriology Group, headed by Dr. Vittorio Venturi.

This experience allowed her to work closely on certain bacteria which promote plant growth, as well as to learn valuable techniques of molecular biology and microbiology.

Dr. Samar Salim from Egypt arrived at ICGEB Trieste in September as a WE-STAR Postdoc fellow in the Biotechnology Development Group under Dr. Natasa Skoko, where she is studying an antibody used to fight breast cancer.

The “WE-STAR PhD and Postdoctoral mobility scheme for WomEn ScienTists in AfRica” is supported by the Italian Ministry of Foreign Affairs and International Cooperation. The programme offers early-career women scientists from the African Continent mobility fellowships for 6 to 12 months at the ICGEB laboratories to perform research in biotechnology and related fields, including Health (Infectious Diseases and Non-Communicable Diseases), Sustainable and Effective Agriculture, Industrial Biotechnology and Renewable Energy.

A TWAS-SISSA-Lincei fellow, Tinsae Assefa Yimer, joined the Human Molecular Genetics Group headed by Dr. Franco Pagani at ICGEB Trieste this summer. She is working on the RNA treatment of gene mutations which cause a genetic eye disorder called nystagmus.