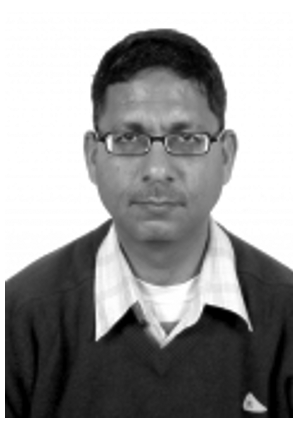 South Africa is a leading role-player in Africa when the use of biocontrol products are considered. This Cancer is a disease that affects people regardless of race, geography or socioeconomic status. With limited and often expensive treatment options, prevention is an attractive intervention strategy against the disease. It is well known that many cancers are largely preventable with diet and lifestyle playing a Plasmodium spp. are obligate intraerythrocytic protozoans parasites that undergo a number of developmental stages in the vertebrate host and mosquito vectors. Despite continuous efforts to eradicate malaria for over 5 decades, it still remains a major health problem mainly due to poor understanding of malaria biology. With the development of latest transcriptomic and proteomic tools, recently a great dearth of information has been generated with respect to understanding the Plasmodium biology resulting in discovery of new vaccine candidate antigens and drug targets. Our work in the last 10 years has been focussed on two important pathways in P. falciparum life cycle : 1. Hemoglobin degradation and hemozoin formation pathway. 2. Plasmodium proteasome machinery. Using proteome and protein-protein interaction approaches, we have illustrated an important complex referred as haemoglobin degradation & Hz formation complex (Degradosequestrasome). The complex consisted of five proteases; falcipain 2, plasmepsins, mettaloprotease and heme detoxification protein (HDP). Using two of these recombinant proteins; HDP and falcipain-2 we developed an in vitro reaction to make hemozoin from haemoglobin. Using, this reaction, we could illustrate the mode of actions of two current antimalarial: chloroquine and artemisinin. At present, we are targeting these proteins for new drug discovery (Chugh, M et al 2013, PNAS, USA., Gupta, P. et al., 2017. J Med Chem). Recently, we have focussed on parasite proteasome system to illustrate mode of action of artemisinin as it has been shown to cause accumulation of polyubiquitine substrates. In this direction, we characterized three proteosome shuttle proteins; PfDdi1, PfDsk2 and PfRad 23. PfDdi1, a DNA mismatch repair protein and proteosome shuttle protein showed protease activity for peptide as well as ubiquitinated substrates. These activities were blocked by artemisinin. Artimisinin also caused DNA fragmentation in parasite as a result parasite localization PfDdi1 also changes to take care of fragmentation. Together, these results suggest that artemisinin acts on multiple pathways in parasite life cycle. Presently, we are targeting both these pathways for new antimalarial discovery to overcome resistance against these drugs.