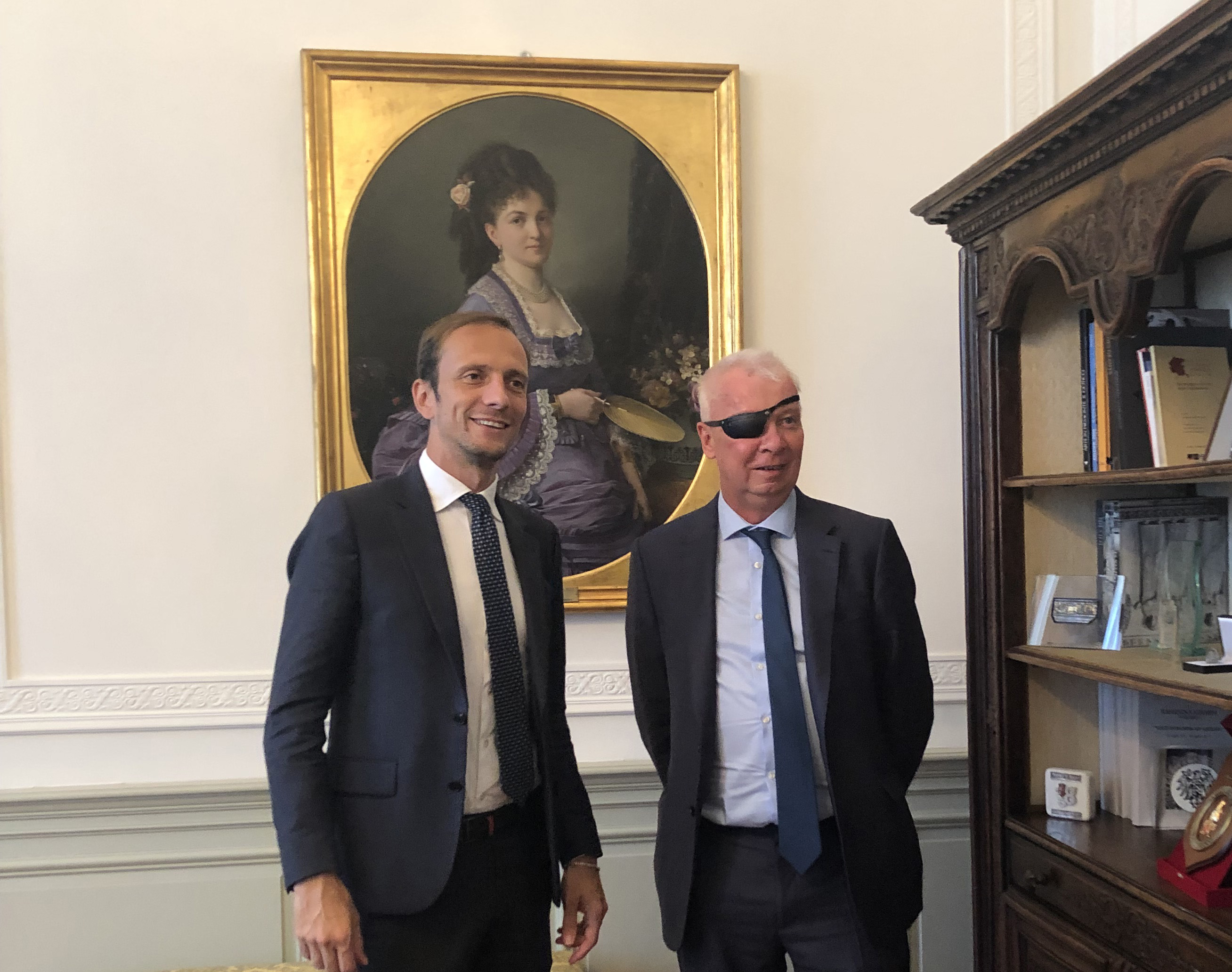 The ICGEB is an integral part of the Italy and Trieste System. It is grateful for the support provided by the Ministry of Foreign Affairs which spans over 30 years and for establishing a major international Organisation in the sphere of research and biotechnology with a global reach. The ICGEB is a perfect example of Scientific Diplomacy, reflecting the effective interaction between Government and Science.

This month Lawrence Banks writes from ICGEB Headquarters in Trieste. Link to the Director-General‘s page to follow him on mission and read his latest news.

The first four months of my mandate have provided many opportunities to interact more directly with key, local, regional and national entities in scientific and political spheres. Meeting with Massimiliano Fedriga, President of Friuli-Venezia Giulia, was a wonderful means of cementing our strong collaboration with the scientific, cultural and political institutes of the FVG Region. Similarly, collaboration with the Universities of Trieste and Udine, and the other major educational and international organisations operating within the Trieste System, SISSA, ICTP, TWAS, OGS and OWSD, remains a priority for ICGEB. This is particularly important in light of ESOF2020 – EuroScience Open Forum in Trieste – the European City of Science – in which we will all be actively engaged during and after the event in ensuring a long-lasting benefit to the FVG Region and to Italy.

In this vein, in recent weeks ICGEB Trieste has been present at the “Festival della Diplomazia” in Rome, the South Africa-Italy Summit in Johannesburg, the Southern Africa Europe CEO Dialogue in Pretoria, as well as in Colombia, Estonia, Jordan, Romania, Serbia, Viet Nam and UAE (for the UNIDO General Conference on sustainable industrial development), whilst ICGEB New Delhi has also hosted scientists from Africa and Italy at its annual Symposium. Delegations from Canada, France, Rwanda, and European and International Organisations (including ETF, TWAS and OWSD) were also hosted at ICGEB Trieste.

We took part in the UN Inter-Agency Committee on Bioethics events for Bioethics week, producing a Webinar on Genome Editing and, among other ICGEB meetings worldwide, the FEBS Journal Editorial Board meeting was hosted in Trieste. To mark the occasion an ICGEB/FEBS Journal Symposium was held at the AREA Science Park, with presentations by 22 international scientific experts from 16 countries. Synergies are continually being explored – for example, with Human Technopole and by bringing our Technology Transfer to business partners also through participation in Meet in Italy and the Netval Summer Conference.

In this Newsletter, as through all our activities, we celebrate Italy, our Host Country for ICGEB Headquarters.