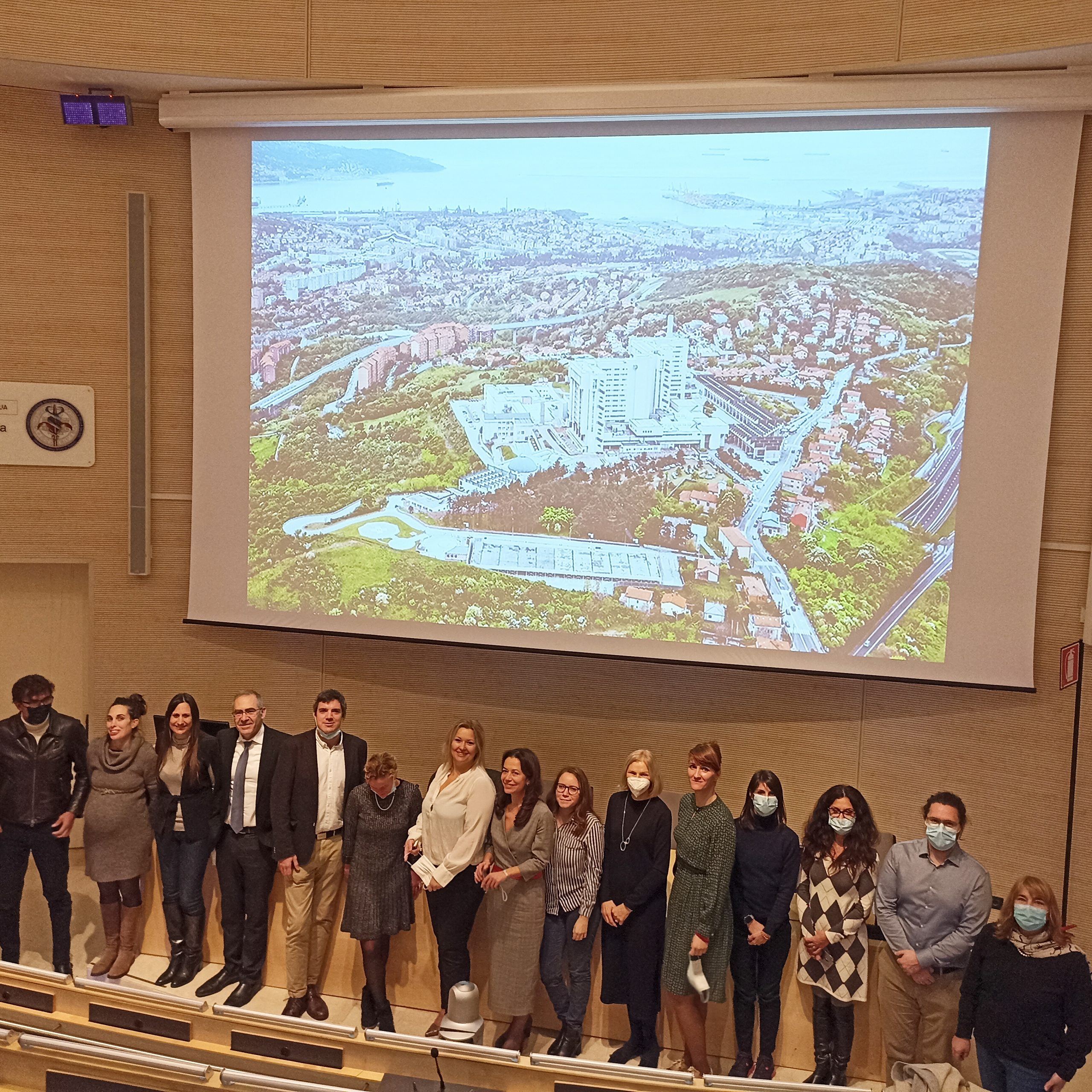 Speakers and Partners at the final LaserNET conference in Trieste, Italy

The LaserNET ICGEB project, funded by the FVG Region and headed by Cardiovascular Biology Group Leader, Serena Zacchigna, has been concluded with the final conference in Trieste

The Final Conference of the project “LaserNET – Supporting laser therapy as treatment of oral mucositis/stomatitis/dermatitis in the oncological patient in Serbia” was held in hybrid mode in Trieste, Italy at the Aula Magna of Cattinara Hospital. Clinicians and researchers from Italy and Serbia gathered to present and discuss the results of a 4-year collaboration led by ICGEB Trieste and co-funded by the Autonomous Italian Region Friuli Venezia Giulia.

The event was opened bySerena Zacchigna, Group Leader of the ICGEB Cardiovascular Biology lab and Professor at the University of Trieste, who gave an overview of the project aims and concrete achievements:

Lawrence Banks, ICGEB Director-General, expressed his appreciation for the impact of the project, which made new supportive care therapy available for oncological patients in Serbia. He also thanked the FVG Region for their continuous support. Danijela Urošević brought the greetings of the Serbian Ministry of Health and confirmed the importance of working on major pathologies even in the midst of the COVID-19 pandemic. The representative of the FVG Region, Francesca Spirito, recalled the relevance of Regional Law 19/2000 which promotes international cooperation initiatives such as this, with particular attention to the Western Balkans; she also underlined the peculiarity of the LaserNET project, which combined R&I in the health sector with professional training and science diplomacy.

The keynote speakers, Noam Yarom, University of Tel Aviv, and Elisabetta Merigo, University of Nice Sophia Antipolis, presented the most recent advancements in the understanding of the pathology responsible for the development of oral mucositis during intense radio- and chemo-therapy regimens, and in emerging oral care therapies for these patients, also focusing on cost-effectiveness.

Finally, doctors and nurses from the University of Trieste (Giulia Ottaviani), the Institute of Oncology and Radiology of Serbia (Nataša Jovanovic-Korda, Julija Jovanović), the University Children’s Hospital in Belgrade (Jelena Lazić, Magdalena Radenović, Dragana Jakšić), and the Burlo Garofolo Pediatric Hospital in Trieste (Federico Verzegnassi), shared their experience in the use of laser technology for the treatment of both adult and paediatric patients. They all pointed out the efficacy and advantages of affordable and easy-to-use portable laser devices.

The Partners’ joint intention is to keep this fruitful international conversation going, with the aim of merging results in joint publications and making the current protocols for laser therapy increasingly uniform across hospitals and countries.

Related articles in Italian and English: