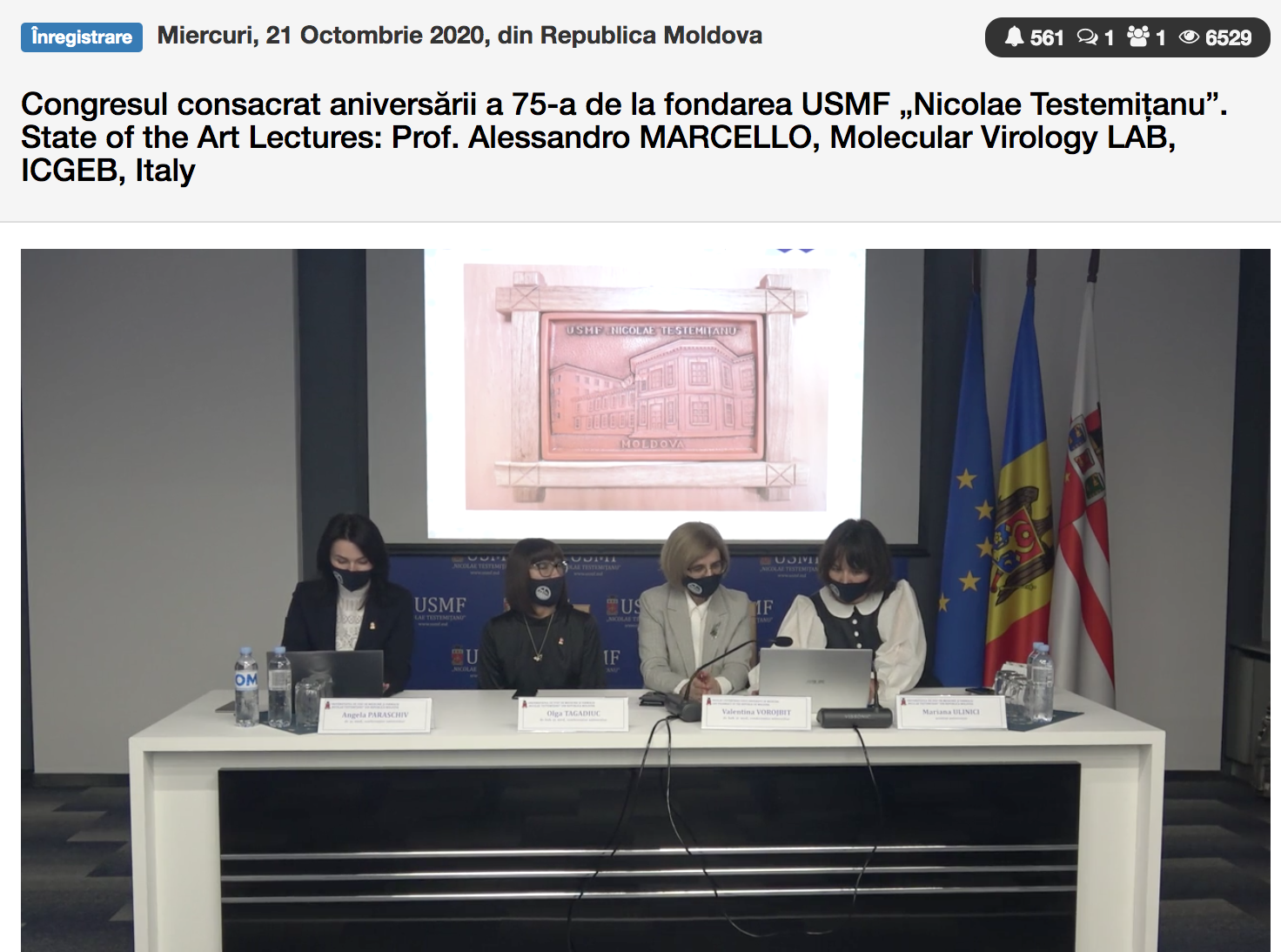 Among other events, in October 2020, ICGEB was at the 75th Anniversary celebration of the “Nicolae Testemitanu” State University of Medicine and Pharmacy in Chisinau, Moldova, which reached an audience of over 6000.

The Jubilee Congress of the “Nicolae Testemitanu” State University of Medicine and Pharmacy, dedicated to the celebration of 75 years of activity, included a talk by Lawrence Banks, Director-General on “The essential role of Science and Biotechnology in achieving the Sustainable Development Goals“.

Alessandro Marcello, Molecular Virology lab, participated in giving a lecture entitled “Facing the COVID-19 pandemic: the virologist viewpoint“, reaching an audience of over 6500.

In a year of meetings turned virtual, the results of the participation by ICGEB’s scientists at the Congress are truly remarkable. Held on a virtual platform, the Congress was aired on Internet Television and Facebook channels of the University, drawing thousands of viewers. Many thanks also to Alexandru Corlateanu, Associate Professor, Department of Respiratory Medicine, and Chief of the Research Cooperation Section of the University, organiser of the event.

The Republic of Moldova became a full Member State of the ICGEB in 2019, and has been a proactive partner in technology transfer and other programmes of the Organisation.

This month the Representative from Moldova will participate in the 26th ICGEB Board of Governors session, together with the Governors and delegates from across the ICGEB’s 65 Member States, representing an opportunity, despite the pandemic, to meet, to discuss the General Programme of the Centre, but also to network guests from other multilateral organisations with whom the ICGEB has established collaborative partnerships and projects to drive its mission.