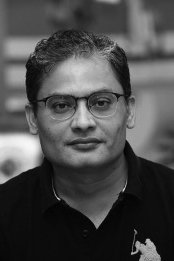 Mediator is an important component for the regulation of class II gene transcription as it serves as a connecting link between transcription factor and transcriptional machinery. It is a huge complex in which subunits are arranged in four different modules; head, middle, tail and kinase. These modules establish contacts with plethora of other proteins to regulate the process of transcription. Our study suggests that presence of intrinsically disorder regions in several subunits makes the Mediator complex very flexible. There is not much study on the holistic view of plant Mediator complex. So, we generated an interaction map of Arabidopsis Mediator subunits to understand the arrangement of the subunits followed by mapping the domains involved in these interactions. Structures of interacting regions were predicted by using bioinformatics tools and then placed together to expound the overall structure. In this study, MED14 and MED17 turned out to be very important for holding the complex. One subunit, MED15, in the tail module contains KIX domain at its amino terminus. The KIX domain, important for protein-protein interaction, was first discovered as a part of the large multidomain transcriptional activator histone acetyltransferase p300/CBP. Later on, this domain was identified in Mediator subunit MED15. We found that in CBP, disorder region following the KIX domain has evolved from MED15 KIX domain. In both of these proteins, the KIX domain has been shown to be a target of activation domains of diverse transcription activators and found to be essential in several specific gene-activation pathways in fungi and metazoans. However, not much is known about KIX domain proteins in plants. So, we made an attempt to characterize all the KIX domain proteins coded by Arabidopsis and rice genomes. Interestingly, KIX domain was found not only in p300/CBP- and MED15-like plant proteins as known earlier, but also in F-box containing proteins in rice and DNA helicase in Arabidopsis. In rice, expression analysis revealed overlapping expression of OsKIX_3 (OsMED15a), OsKIX_5 and OsKIX_7 in seeds of different stages of development, suggesting their individual or combined role during rice seed development. Association analysis using the genotyping data of in silico mined SNP loci in 539 rice genotypes identified one non-synonymous SNP locus in the KIX domain of OsMED15a showing significant correlation with the grain size/weight. Though several grain size/weight-associated transcription factors (TFs) and their target genes are known, the molecular landscape regulating this trait is unclear. I will present data to establish OsMED15a, a Mediator subunit, as a connecting link between rice grain size/weight-regulating TFs and their target genes.