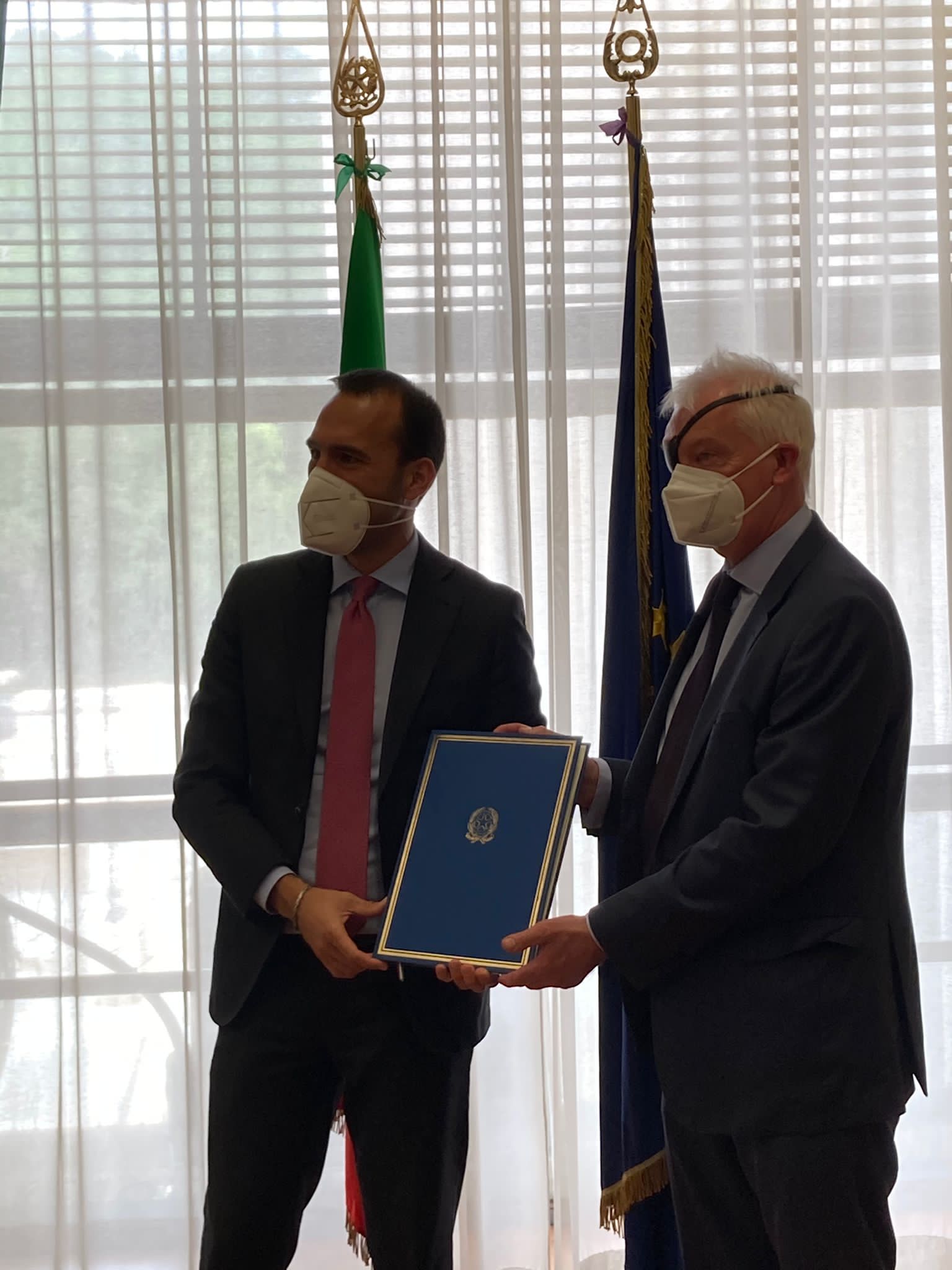 The Host country agreement confirming the establishment of the seat of the ICGEB, signed in Rome, Italy, 21 June 2021 by Deputy Minister Manlio Di Stefano, Italian Ministry of Foreign Affairs, and ICGEB Director-General, Lawrence Banks, entered into force on 16 June 2022.

The Host Agreement between the Republic of Italy and the ICGEB relating to the activities of the Centre and its  seat in Italy, signed in Rome on 21 June 2021, has entered into force.

In June 2021, “The signing of this agreement,” the Deputy Minister stated, “confirms both Italy’s and the Centre’s desire to provide a concrete contribution to sustainable global development through advanced experimental research. We strongly believe in the solutions with which modern biotechnology can come up to solve the problems of our planet and its inhabitants, and the contribution provided by the ICGEB in the fight against Covid-19 has been tangible proof of this.”

“We are very pleased with the presence of such a prestigious scientific institution in our country, in the beautiful city of Trieste, whose scientific-technological hub is proving to be increasingly dynamic and attracting excellence from around the world. We will continue to strive to enhance national scientific research capabilities and to further internationalise this sector, which is fundamental for the future of mankind,” the Deputy Minister concluded.

Dr. Lawrence Banks extended his thanks to the Government and the people of Italy for their commitment and support of ICGEB over more than 30 years. “Italy is indeed a global leader in the endeavour to promote diplomacy, development, and peace across the world through science, and I truly believe that ICGEB is a major instrument for achieving this.”

The Entry into force of the Host Agreement was announced in the Official Gazzette of the Republic of Italy on 16 June 2022.

He also remembered Prof. Arturo Falaschi, the founding father of the ICGEB, whose vision he strives to emulate “using science to improve the quality of life for all peoples of the world,” and concluded: “The ICGEB Headquarters – dedicated to his memory – remains a state-of-the-art research facility.”

ICGEB also wishes to remember Mr. Mauricio de Maria y Campos,  Director-General of the United Nations Industrial Development Organization (UNIDO)  from 1993 to 1997 – ICGEB’s “parent Organization” – who passed away in May 2021. Director-General Campos provided immense support to the ICGEB during the lead-up to its independence on 1 January 1996 and wishes to express its lasting appreciation and condolences to his family.