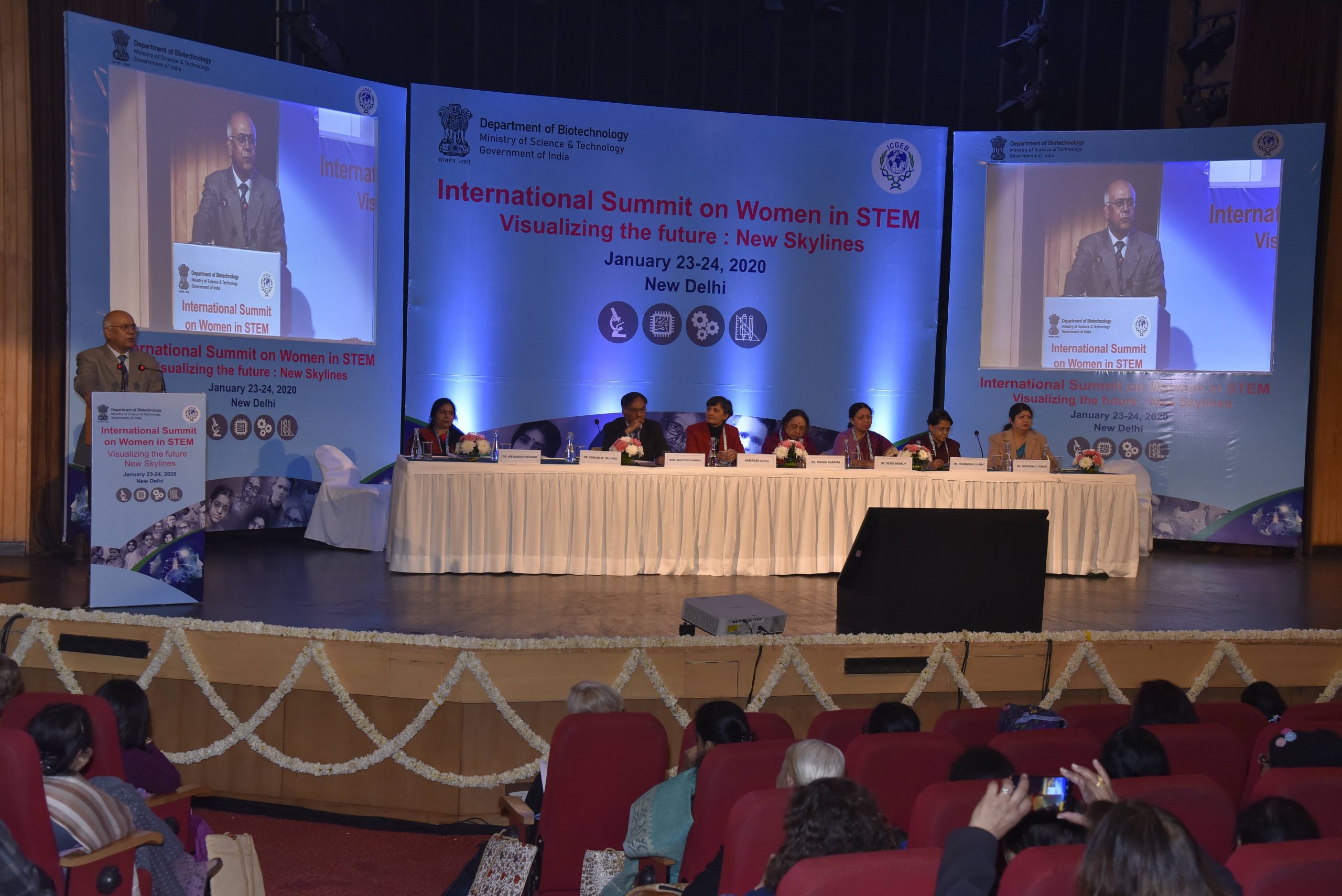 January 2020: “Visualizing the Future: New Skylines” – the Department of Biotechnology DBT, Government of India and ICGEB New Delhi organised an International Summit on Women in STEM.

The Summit was organised with the overall aim to boost the participation of women in STEM for the development of their scientific careers.

The aim was to showcase women in STEM as real-world examples of successful women scientists, doctors and engineers who were present to manifest the excitement of working in STEM, as well as to elucidate the rewards associated with doing so.

With keynote speakers – women scientists, science communicators and entrpreneurs in STEM from India and abroad – discussions and interactive sessions between aspiring young, mid-career and senior scientists in the STEM field were held to bring to light the future requirements of women’s employment and career progression.

Approximately 350 participants from different STEM fields across the globe participated in the event including scientists, social scientists, entrepreneurs, researchers, teachers and students. Posters were presented by women scientists and students. The summit provided an excellent platform for young students and researchers to interact and network with leaders in the field, to develop ideas and generate a future action plan for forging a career in STEM.