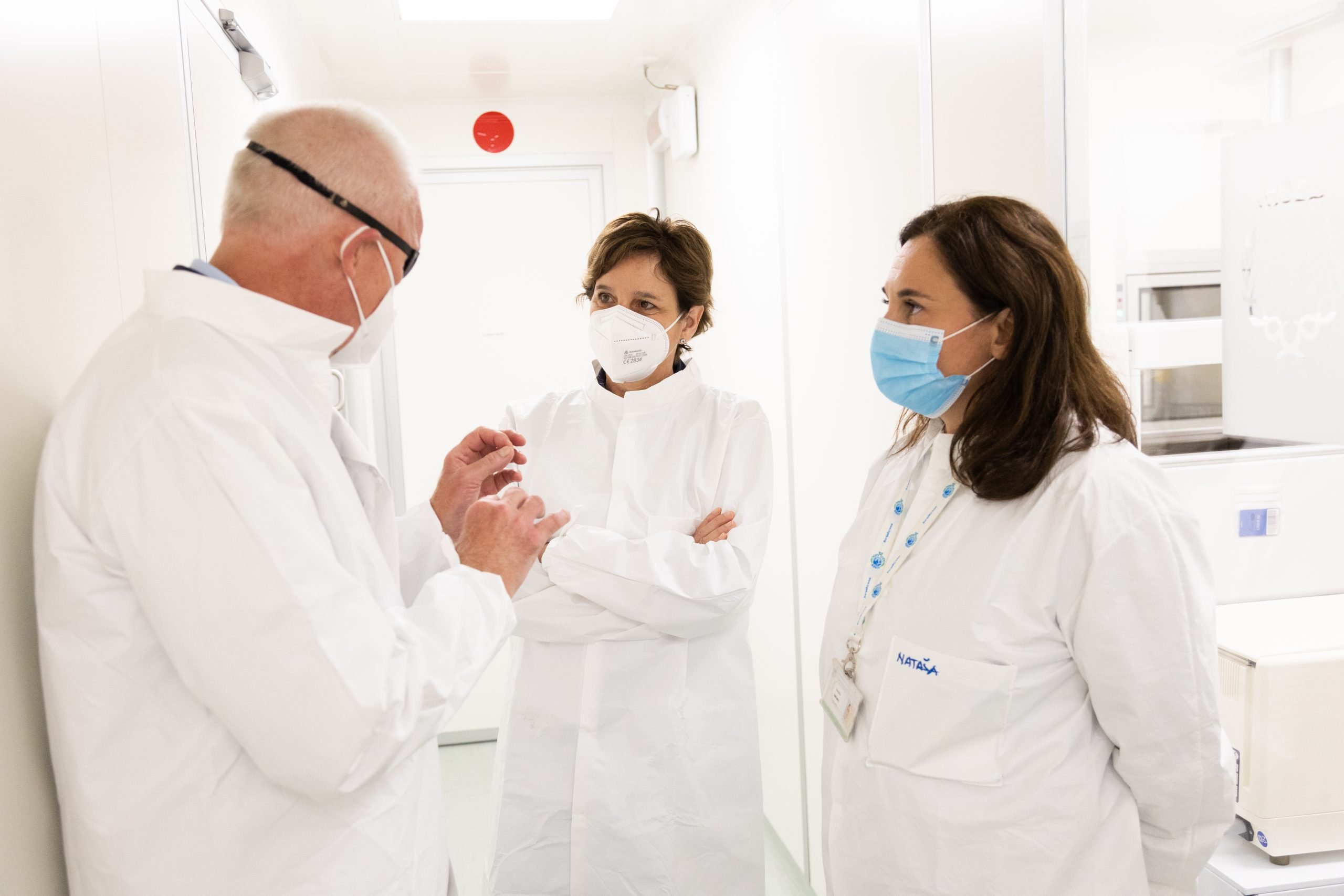 On 14 May 2021, ICGEB officially inaugurated its newly completed laboratories funded through a contribution of the Friuli Venezia Giulia Autonomous Region.

The new laboratories of the Biotechnology Development Unit (BDU) inaugurated at the ICGEB in Trieste, Italy, constitute a significant investment, supported by the Autonomous Region of Friuli-Venezia Giulia with important economic and technological repercussions for Trieste, the Region and Italy. The laboratories, which include 15 clean rooms equipped with latest generation pharma-compliant equipment, will be dedicated to the research, development and quality certification of biosimilar drugs, which are destined to revolutionise the pharmaceutical market in coming years.

Minister Fabrizio Nicoletti, Principal Director for Innovation and Research, Ministry of Foreign Affairs and International Cooperation – ICGEB Governor from Italy – present at the inauguration – underlined the pre-eminent role of the Italian Government in promoting and financing the activities of the ICGEB. Massimiliano Fedriga, President of the Autonomous Region of Friuli Venezia Giulia, was also present to testify to the strong commitment of the Region to support research and innovation, and in promoting international cooperation and the excellence of the Trieste System. Lawrence Banks, ICGEB Director-General, and Natasa Skoko, Group Leader and Head of the laboratories emphasised the significance of the milestone achieved and outlined future actions of research and training in the BDU.

The activities of the labs represent the essence of technology transfer. The Group’s research focuses precisely on reconstructing and validating all the steps necessary to produce biological drugs no longer covered by industrial patents. The goal is to obtain biosimilars, or biological drugs that are similar in quality, safety and efficacy to the industrial reference product, at a much lower cost. The unit also offers training courses for the staff of pharmaceutical companies in ICGEB Member States to reproduce production techniques in their own countries.

Lawrence Banks stated: “ICGEB has over 20 years of experience in developing biopharmaceuticals. During this time the technology has been transferred from Trieste to companies all over the world, allowing them to produce therapeutics, such as interferons for Covid19 treatment, insulin and monoclonal antibodies for therapies for cancer, at costs much cheaper than those from big pharma. This ensures that affordable medicines can be obtained by all regardless of socio-economic background”.