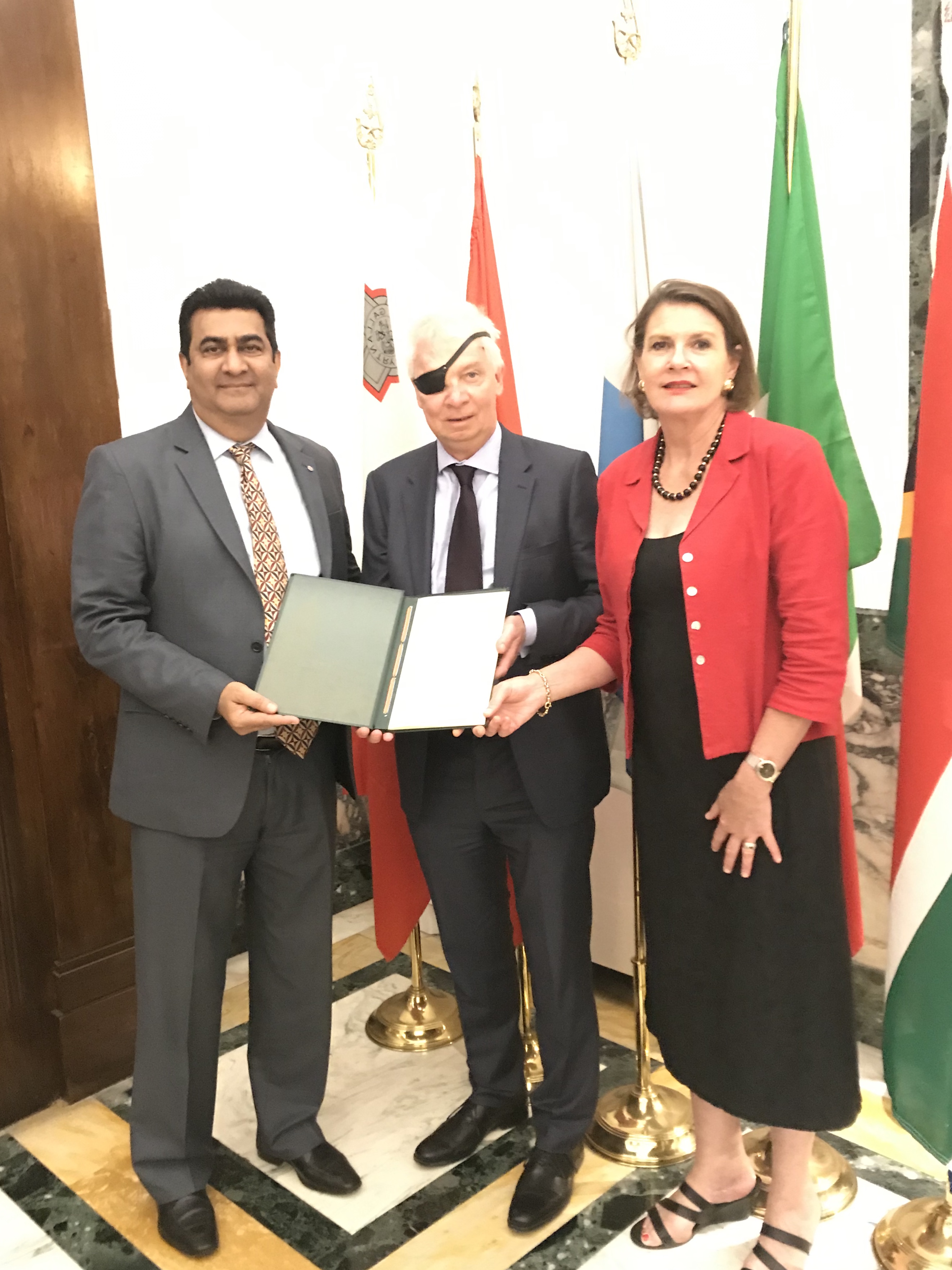 ICGEB Cape Town was officially established in 2008. In July 2019, the Host Agreement with the Government of South Africa was signed, thereby renewing the commitment and expression of continuing support for bilateral (with Italy) and international relations with the ICGEB.

The Component marked South Africa as the first country in Africa, and the third in the world, to host a laboratory of the International Centre for Genetic Engineering and Biotechnology, and was inaugurated by Mr. Thabo Mbeki, President of the Republic of South Africa at that time and Mr. Fabio Mussi, Italian Minister for University and Research, marking the beginning of an STI partnership which has made an outstanding contribution to advancing global sustainable development.

With the aim to specifically strengthen the activities of the ICGEB on the African Continent, the focus of research at ICGEB Cape Town has been geared to address key needs of the African population. The Component runs research programmes at the forefront of international scientific excellence in infectious diseases (HIV/AIDS, malaria, TB), non-communicable diseases (cancer) and in plant biotechnology (biopesticides). The laboratories are set to expand with calls for two Group Leaders in Virology – Emerging Viruses and Diabetes currently open.

ICGEB Cape Town collaborates directly with over 20 nations across Africa, Europe and the USA. African nationals have regularly been amongst the 15 eminent scientists, including Nobel laureates who serve on the ICGEB Council of Scientific Advisers, the body which reviews the research programme of the Centre). Eight scientists from Africa and three from South Africa alone, have served on the Council since 1995.

The Component, headed by Interim Director, Luiz Zerbini, runs a PhD course in collaboration with the University of Cape Town and over 60 MSc and PhD Fellowships have been awarded and funded across the research groups at ICGEB Cape Town to date. Over 25 Meetings and Courses have been organised with ICGEB SA.

The results achieved are set to grow exponentially, also with the finalisation of permanent premises in Cape Town, for an established global, scientific and diplomatic network and operating platform that has made an outstanding contribution to advance research and training in molecular biology and biotechnology.