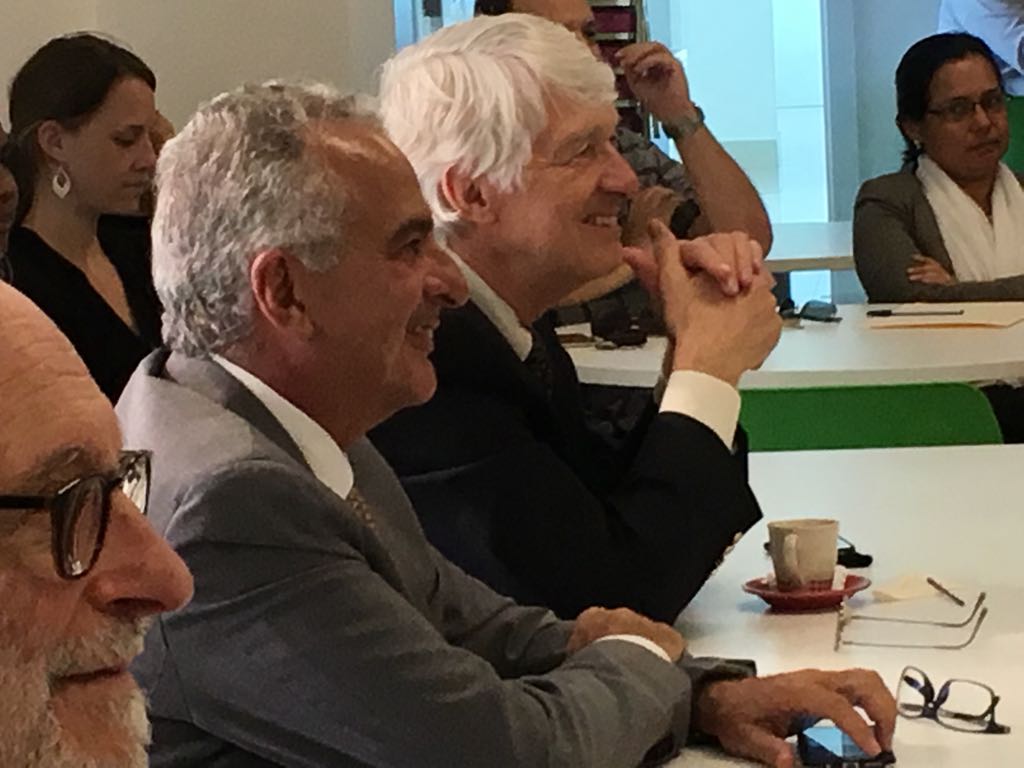 This week in Panama, Mauro Giacca, Director-General met with Government Ministers, together with a panel comprising Roger Beachy and Jorge Kalil, members of the ICGEB Council of Scientific Advisers, to review the proposal to establish an ICGEB Regional Research Centre at Indicasat.

Carmenza Spadafora, ICGEB Appointed Governor and Liaison Officer for Panama, of the Instituto de Investigaciones Científicas y Servicios de Alta Tecnología (INDICASAT), has championed the initiative to fund an ICGEB-RRC since this model for affiliation to the ICGEB was launched at the Board of Governors session in 2016, strongly supported by Dr. Jagannatha Rao of the “Ciudad del Saber” INDICASAT. Oscar Burrone, ICGEB Immunology Group Leader and PhD Coordinator, also took part in the site visit.

The proposal will be presented at the forthcoming sessions of the Council and Board sessions early this year.