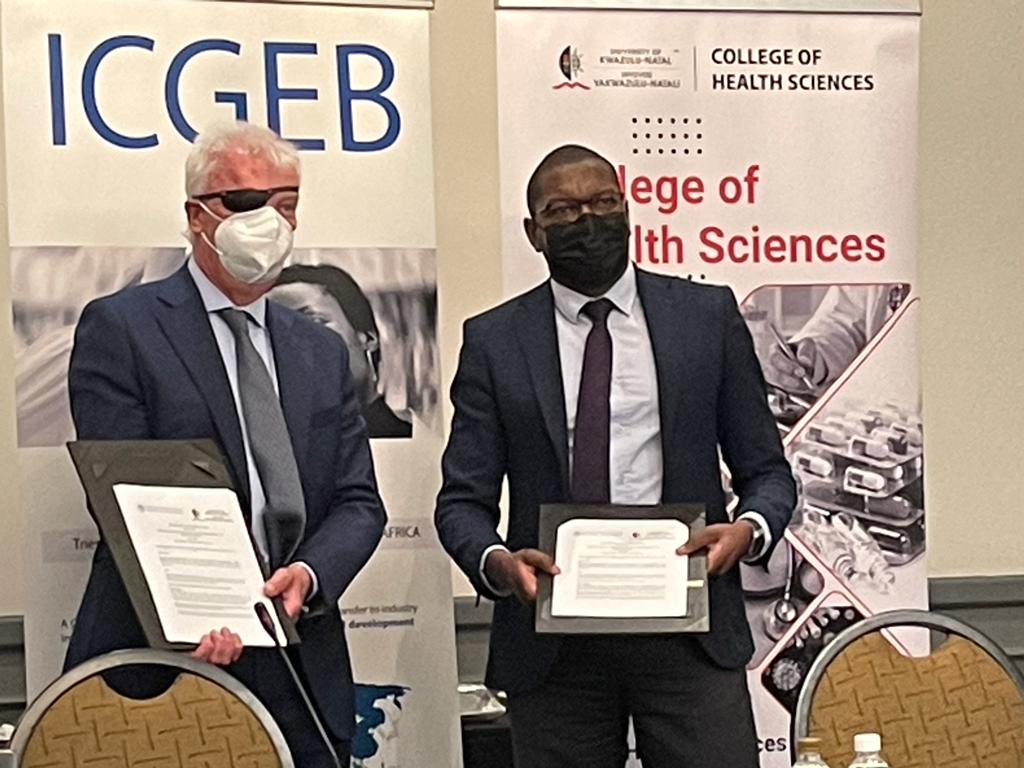 The signing of the Memorandum of Understanding was preceded by a webinar organised by BioAfrica, entitled: Advancing Biotech Innovation in Africa: Partnership between ICGEB and UKZN, followed by a panel discussion with researchers and students from UKZN.

The agreement will see the university partnering with local companies to develop advanced biotherapeutics (biosimilars for the treatment of diabetes, arthritis, cancer, and other diseases). The UKZN will be responsible for conducting clinical trials throughout 2021, ultimately leading to greater access to biosimilars for the general public and underprivileged population.

Other partnerships are expected to ensue with the universities of Limpopo, Venda, and Walter Sisulu (Eastern Cape), following the tour by ICGEB Management and staff and a delegation from DSI in October, thus shifting the biotechnology innovation landscape to include local industry for the benefit of the population.

29 October 2021, The Mail & Guardian: UKZN and UN agency partnership paves the way for access to medicine

25 October 2021,The Mail & Guardian: MoU signing between the University of KwaZulu-Natal (UKZN) and the ICGEB