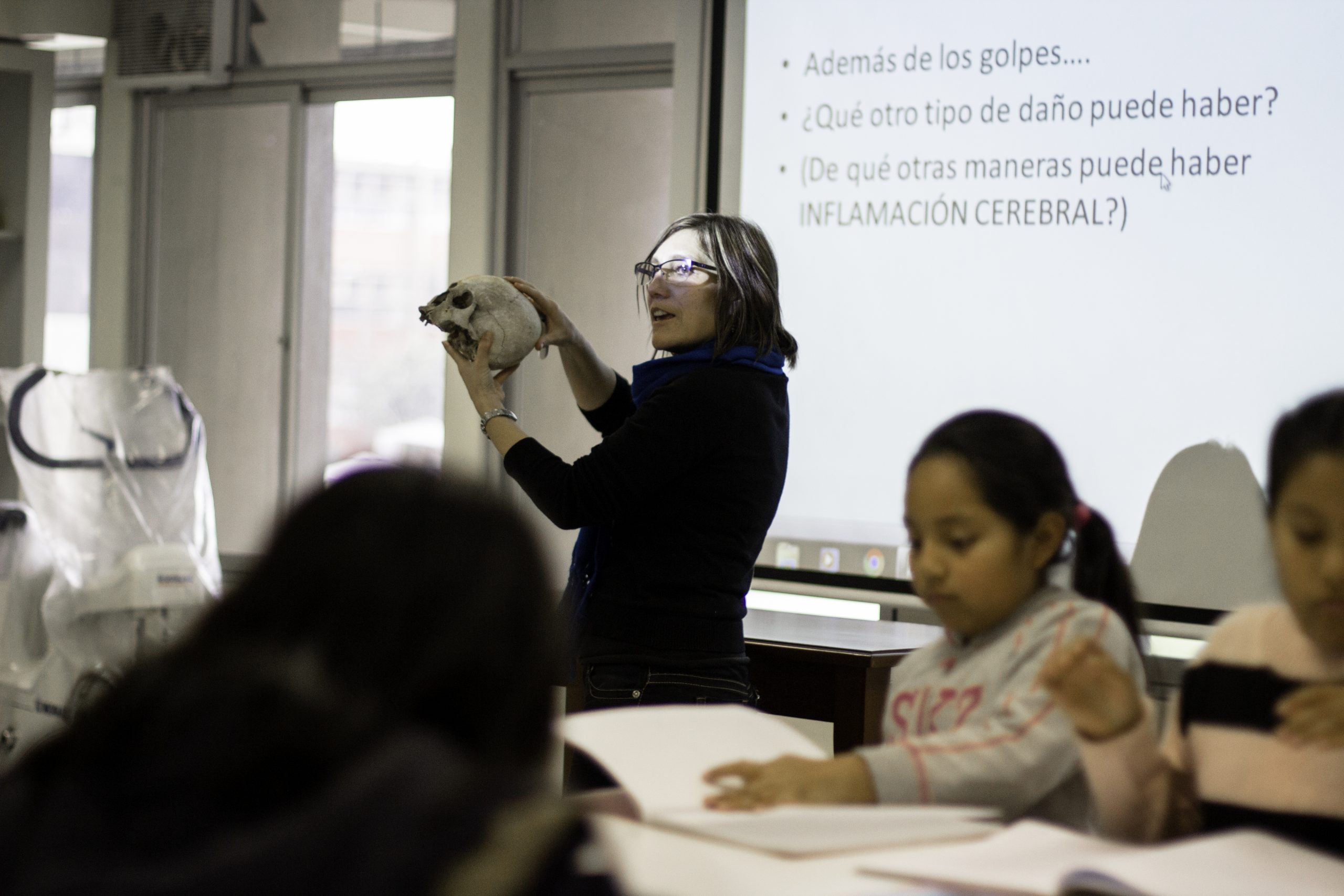 From Dr. Cristina Guerra Giraldez, Universidad Peruana Cayetano Heredia, Vice-President of the ICGEB Board of Governors, Liaison Officer and Appointed Governor of Peru

This century has seen Peru steadily becoming one of the fastest growing economies in Latin America. Poverty has decreased enormously, but still about 1 million Peruvians do not have access to basic human needs and services. The challenge of achieving development and equality in our socially and geographically complex country is huge – but in the last decade we may have finally taken the right approach by considering science in the equation.

In its nearly 200 years of political existence, Peru has exported raw materials, services, and the undeniable talent and resourcefulness of its people, while importing manufactured goods, technology, and knowledge. Joining the ICGEB as a Member State in 1995 was arguably a first step towards the pursuit of sustainable development through the generation of local knowledge. In 2012, the Ministry of Economy took a decisive turn presenting a bill with a clear commitment to foster science, technology, and innovation (STI) as a fundamental means to sustain the economic growth of the country. The budget for STI managed by Peru’s National Council of Science, Technology and Technological Innovation (Concytec) has grown fivefold since then. However, as the study on public spending on STI presented last week indicated, adjustments are urgent to distribute funds adequately between academia and the productive sector. At the same time, the transforming effect of basic research is still insufficiently acknowledged – even by scientists.

As for academic growth, although one or two universities in Lima have enthusiastically (and tenaciously) produced quality scientific research since the early 1900s, it was done under solitary, close to heroic conditions. In 2014, a law updated our higher education system; universities needed to upgrade their academic standards by including more activities in Research and Development. Consequently, the number of publications has doubled. And in May 2019, another law was passed to attract and retain highly specialized Peruvian and foreign scientists – brain drain remains a pressing issue. These initiatives are recent; it will take time to see an impact. Importantly, the public needs to believe in long term goals to support these actions.

There is undoubtedly a long way to go to improve the STI system in Peru but the potential and motivation are not hard to find, especially amongst young people. An excellent example is the Mini academy of Science and Technology, MaCTec Peru*. What three recently-graduated Biology majors began in 2012 as part of a volunteering program in Lima, initiated by a Peruvian professor from the University of Texas Medical Branch in Galveston, grew into a non-profit organization that in 2017 received the UNESCO Prize for the Education of Women and Girls. Their goal is to make Peru prosperous by encouraging girls to discover, cultivate, and enjoy their curiosity and creativity. They employ a Diversity Peer Learning model: every year, 40 girls between 8 to 11 years, from different social and economic sectors (chosen randomly among hundreds of applicants) participate in a series of about 20 free workshops lead by experienced researchers and accompanied by university graduates. Each girl commits to showing her community what she learns, thus multiplying the effect. And even those who start the program timidly are very eager to participate, some of them being happy to undertake weekly bus rides of 8 to 10 hours each way to attend the workshops.

I was thrilled to be invited to take care of one of these workshops. Accustomed to dealing with university students, I expected some difficulty in keeping the girls’ attention for three hours. Little did I know that they would hang on every word the whole time and that they would not take anything for granted. Challenging questions and comments were relentless. I was suddenly a child again, and I understood the power to change the world through science and beautiful, open minds. With more of these experiences, our future is in good hands.