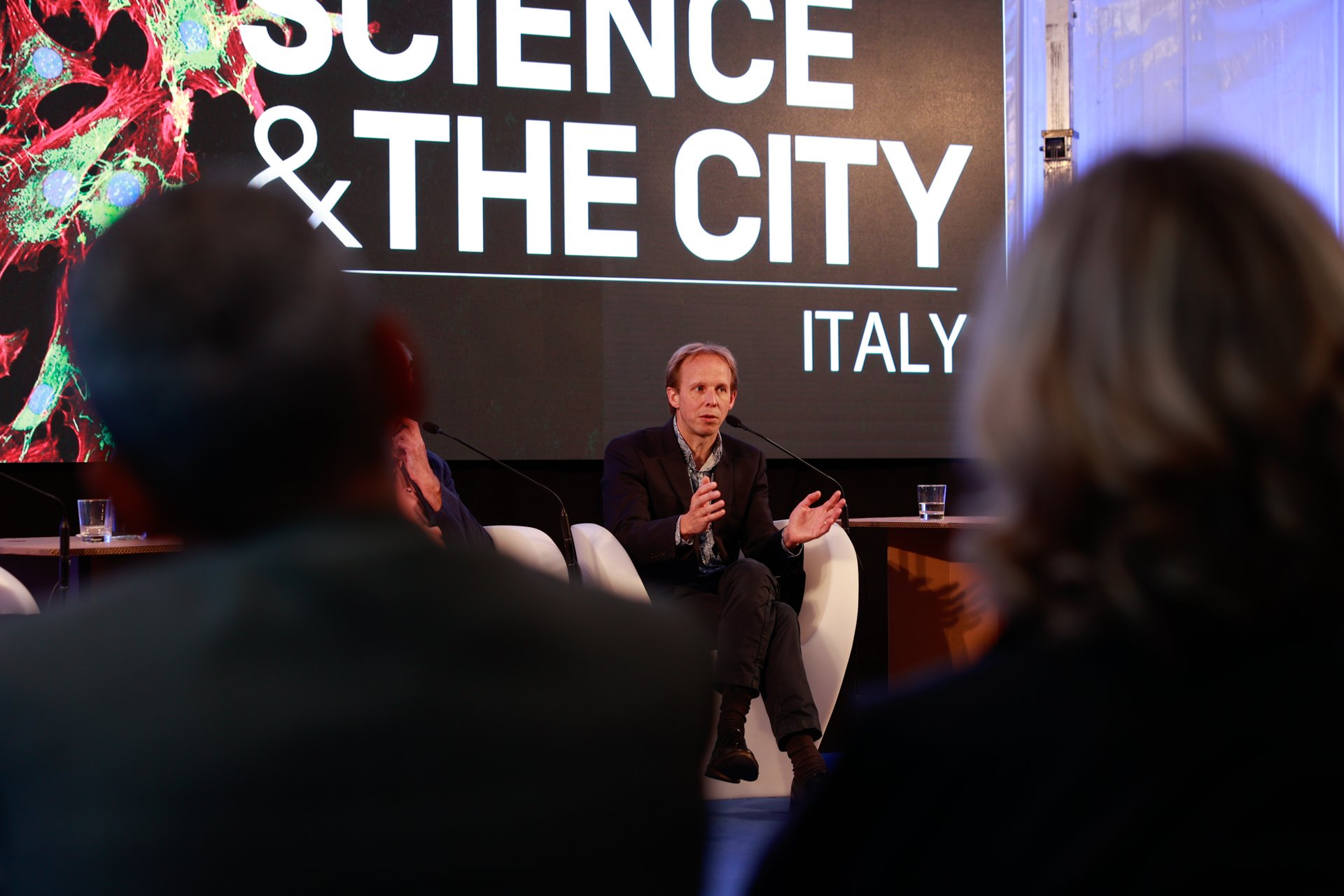 Who are The Naked Scientists?

Chris Smith, science communicator and medical consultant specialising in clinical microbiology and virology at the University of Cambridge and its teaching hospital, Addenbrooke’s, is behind the widely popular, audience-interactive BBC science radio talk show and podcast The Naked Scientists.

Guest speaker at the Trieste Next Festival for scientific research, Dr. Smith took part in the ICGEB Science & the City Italy event: “Viruses: Friends or Foes“. Facts and scientific communication on a global topic with Lawrence Banks, ICGEB Director-General, and Mauro Giacca, of King’s College London, University of Trieste, and ICGEB Molecular Medicine Lab. Three experts in infectious and non-infectious diseases coming together to discuss Viruses with the general public.

Astonished to learn of the Trieste Next Science Festival and the density of scientists in Trieste, Chris Smith and producer James Tytko seized the opportunity to meet with, and record, 20 interviews with local scientists active across a variety of science disciplines. These interviews are now being podcast from The Naked Scientists radio show (on the BBC in the UK, on the ABC in Australia, and in South Africa) and podcast, collectively reaching more than half a million people.

The visit by Chris Smith was also an opportunity to take part in the ICGEB International Seminar Programme where he gave a talk entitled “Stripping down Science: The Naked Scientists, and where new infections come from”. An opportunity to witness outstanding science and communication at its best.