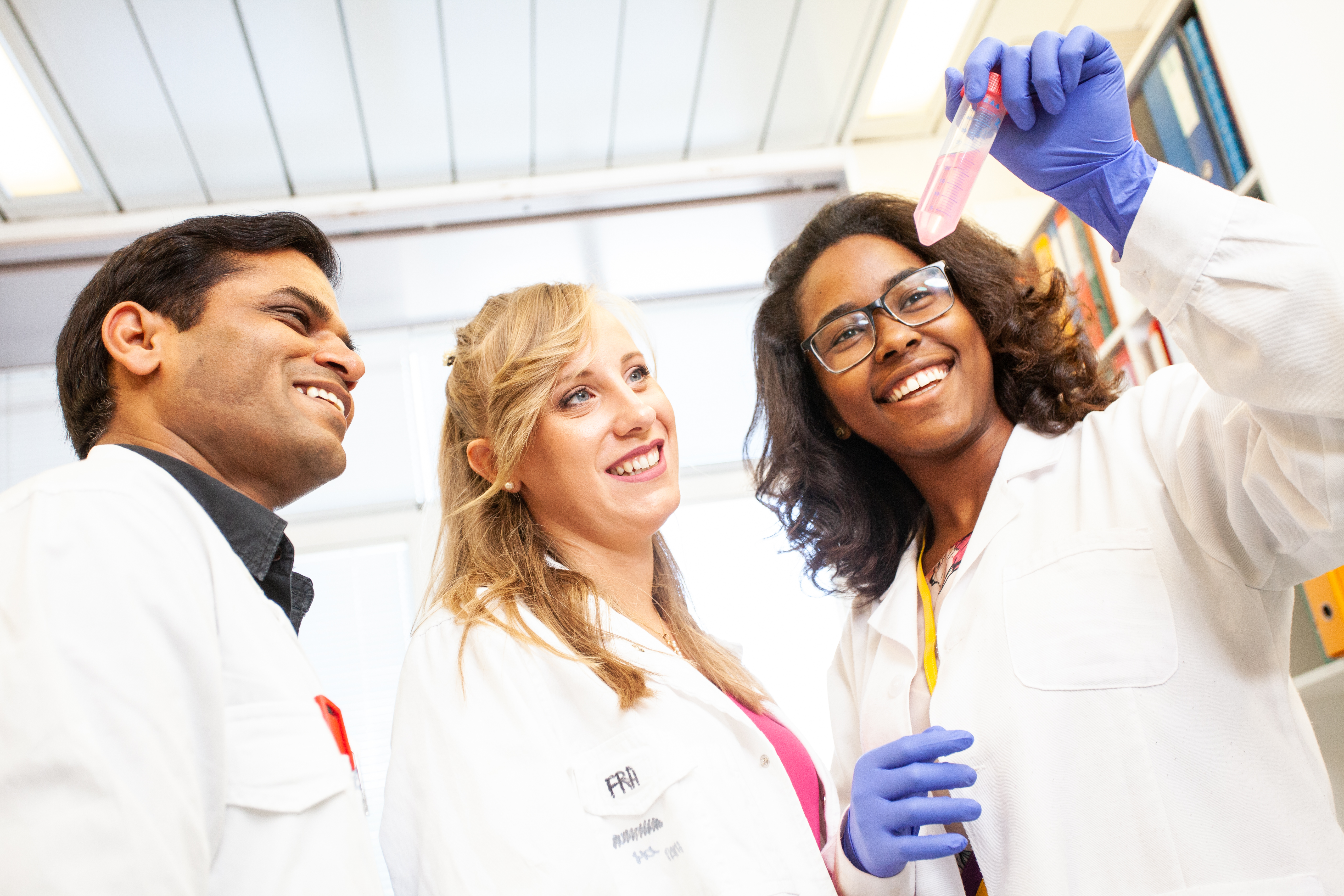 ICGEB participated in the European Researchers’ #SharperNight events held in Trieste, and the 8th edition of #TriesteNext Science Fair

This September, ICGEB participated in Sharper, European Researchers’ Night in Trieste (together with 370 European cities), proposing Foldscope: the paper microscope that you construct in 7 minutes, that costs less than 3 Euro but can enlarge an image 2000 times. “A wonderful, low cost and high yield instrument that brings cellular biology to schools and the public worldwide. Not only educational, but it also represents a tool for diagnostics in the field.” Lawrence Banks, ICGEB Director-General bore witness to the huge success of Foldscope in Cape Town for South Africa Science Week in August this year and at ERN, brings Foldscope to the FVG Region.

At the ICGEB stand in Piazza Unità, Trieste, practical demonstrations and insights to the wonders of Foldscope were held for school groups and the general public during Trieste Next, where over 50 researchers welcomed almost 2000 people over three days.

On Saturday, 28 September the first edition of “Trieste Science & the City Young” – how to grow a healthy heart, was held, with Serena Zacchigna (“Comunicando per crescere in salute – progetto CURIoSA”), Giorgio Faganella, cardiologist and medical doctor, Director, Sports Medicine and Francesco Loffredo, cardiologist and researcher who studies the process of aging. Special guest appearance by the Trieste band: Sindrome di MA.

The ICGEB Escape Room challenge: chemical formulas, amino acid sequencing and other molecular biology techniques using “Artificial Intelligence”, focusing on the historical project on the sequencing of the yeast genome was another great success and main attraction of the Fair.

The ICGEB stand also featured laboratory and surgery Virtual Reality experiences – thanks to the Interregional ITA-SLO TRAIN project on Big Data and disease models, with the public trying their hand at manipulating new technologies to innovate biomedicine and transfer research results to industry.

Of the almost 600 Italian researchers and students who travelled to Trieste from around Italy to participate in Next, 60 were hosted by the Bacteriology lab at ICGEB on Friday, 27 September.

Our researcher Giulia Bortolussi, Mouse Molecular Genetics, was at Street Science to discuss CureCN: an EU-funded project on a rare genetic disease Crigler-Najjar.

Mike Myers, Protein Networks Group Leader was on location for the UN Bioethics Committee interviewing scientists and students alike on what Genome Editing means to them!

Public Engagement activities are integral to the ICGEB mission and are carried out across three Continents through the activities organised by the students and researchers active in our laboratories in Trieste, New Delhi and Cape Town. ICGEB Outreach activities include school visits, webinars, live streaming and podcasts, participation in Science fairs, museum projects, and science communication initiatives.

A taste of more to come at ESOF2020: Trieste Science & the City Young Conferences with world leaders in cardiovascular research, round-table and Science to Business events as well as interactive exhibitions and demonstrations focusing on the Life Sciences.