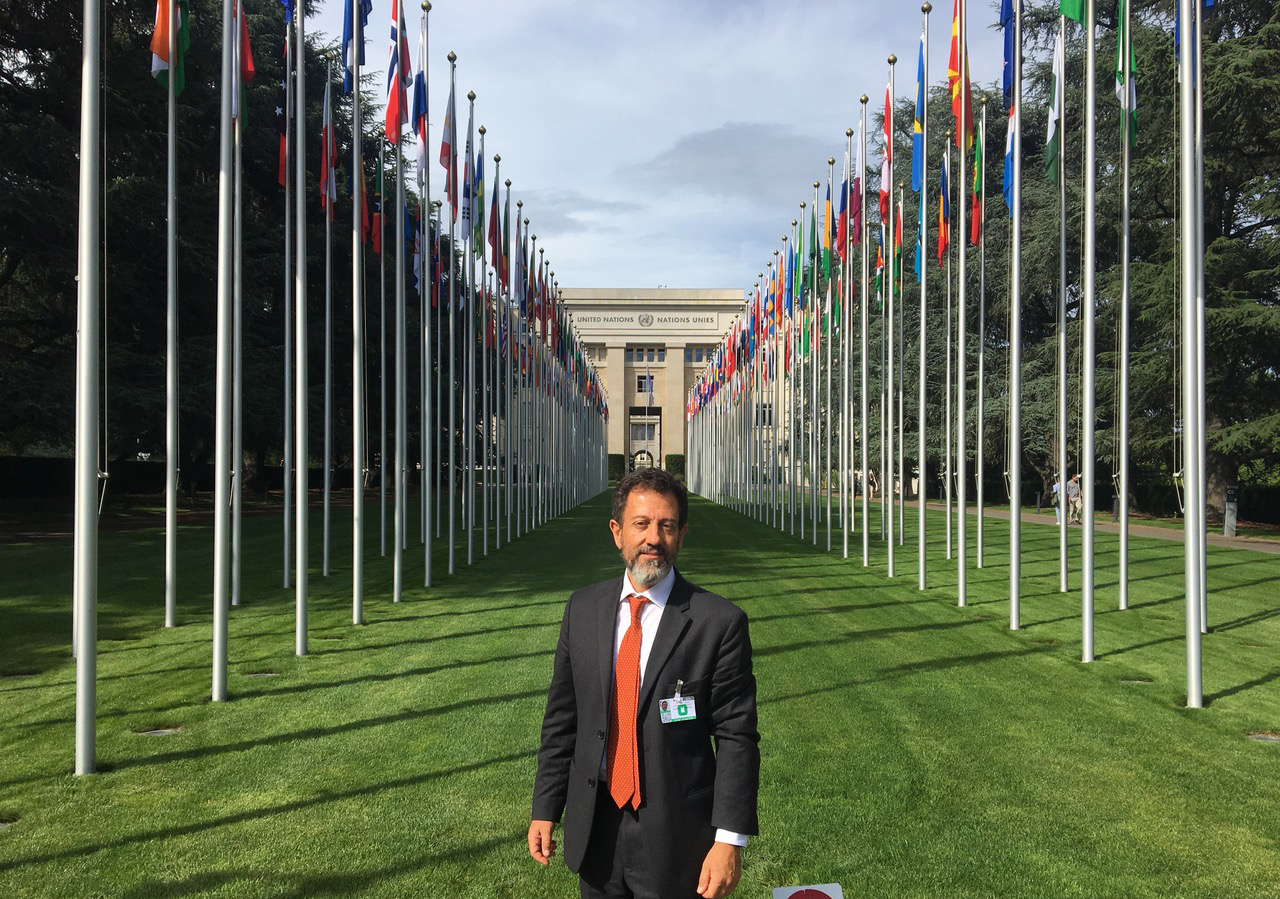 Alessandro Marcello for ICGEB at the UN in Geneva

Presenting under item 8, “Exploration of approaches by which States Parties might contribute to the strengthening of international response capabilities for infectious disease outbreaks”, ICGEB was Official Observer at the BWC Meeting in Geneva.

His intervention, which can be seen on UN Web TV at the link below (from min: 2), was extremely well received, particularly by the Representatives from India and Nigeria. In addition, he reports that “The interest in our diagnostic assays, our work on Zika and our missions in Libya and Afghanistan were a focus for the Representative from Italy, with discussions regarding Point of Care (POC) instruments for peaceful use to be pursued further.”

The Meeting facilitated additional networking with the Commonwealth Scientific and Industrial Research Organization CSIRO, Australia, with a view to strengthening regional response capabilities in the Indo-Pacific region, as well as further talks with Slovakia and Norway, and with Saudi Arabia (ICGEB Member State since 2006).

“Attending MX4 was important in that it deals with preparedness and response against infectious diseases including training, diagnostic/surveillance tools, treatments, and vaccines. It also expands to animals, zoonoses, and plants,” stated Marcello. “The focus is on infectious diseases and epidemics,” he continued, “and most lessons on crisis management have been learned from the recent Ebola outbreaks. Among the international organisations participating in the meeting, only ICGEB has ‘wet’ lab competencies required to enable exposed countries to manage an epidemic threat. Capacity building in the countries at risk is one of the greatest preventative approaches envisaged and is very much in line with our expertise.”