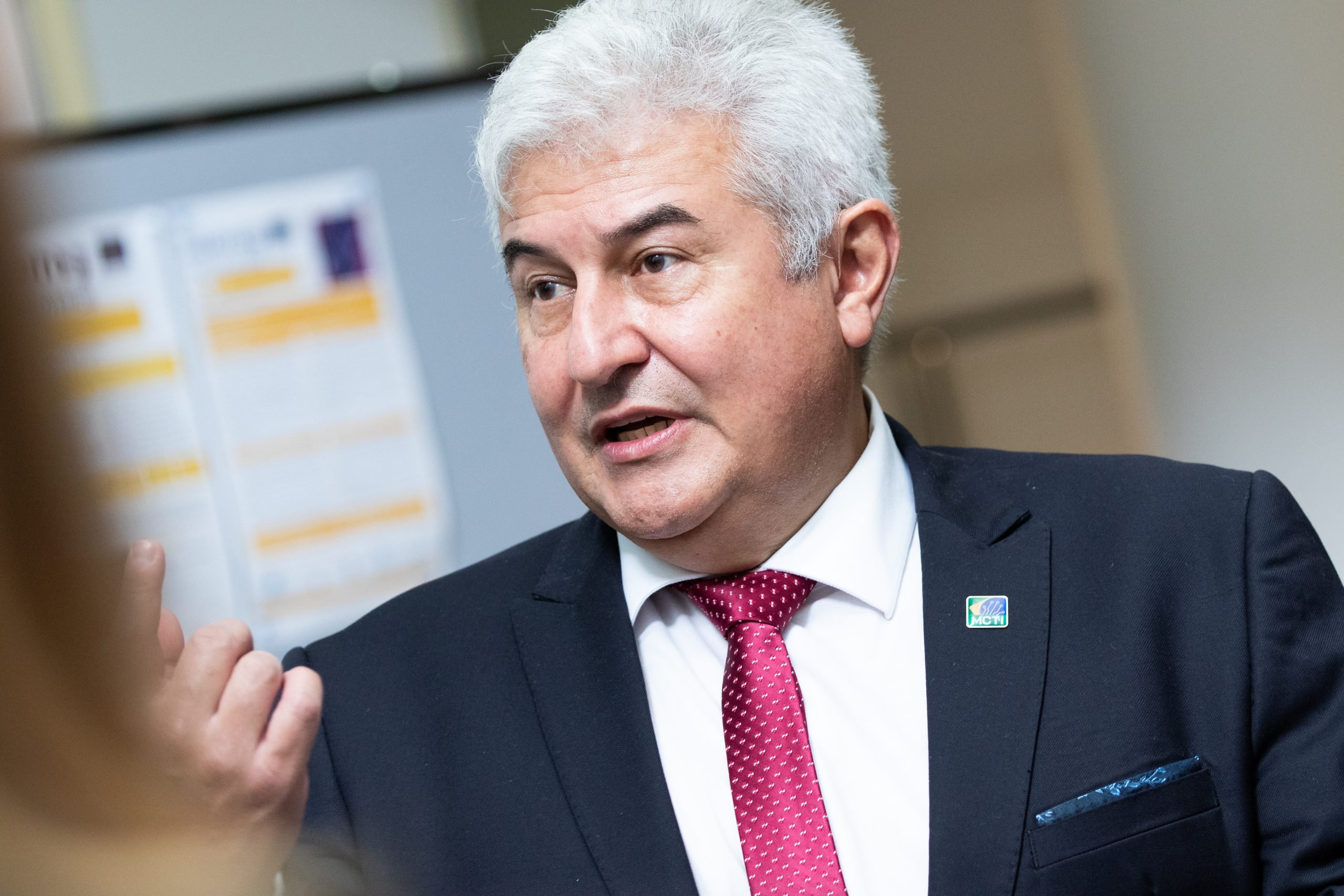 H.E. Min. Marcos Pontes heads the delegation to ICGEB from the Ministry of Science, Technology and Innovation, Republic of Brazil during the G20 in Trieste

In association with the G20 Ministerial Meetings on the Digital Economy and Research being held in Trieste on 5 and 6 August 2021, the ICGEB was honored to host a delegation headed by the Minister of Science, Technology, and Innovation of the Republic of Brazil, H.E. Min. Marcos Pontes.

Trieste, 4 August 2021 – The Minister of Science, Technology and Innovation of the Republic of Brazil, Marcos Pontes, visited ICGEB on the occasion of the G20 Trieste. The visit represented a unique opportunity to strengthen the collaboration between ICGEB and Brazil, a Member Country of the Organisation since 1990.

The delegation visited the laboratories, including the Biotechnology Development Unit active in Technology Transfer of Biosimilar drugs, recently expanded and renovated. The Minister expressed particular interest in the technology transfer activities. Dr. Marcelo Morales, Secretary for Research and Scientific Training of the Ministry, indicated that the hope is to promote and implement new solutions for the challenges offered by health and agriculture in the near future.

Among the topics discussed was the possibility of extending the work of the ICGEB within the Brazilian territory, through the creation of a regional biotechnology research centre. Dr. Lawrence Banks, Director-General of the ICGEB confirmed the willingness to expand the presence of the ICGEB in Brazil, to bring the fruits of modern molecular biology to the service of the people.

The Minister had the opportunity to meet the Brazilian researchers currently working at ICGEB in Trieste. He also expressed his desire to participate in the strengthening of scholarship programmes for young researchers, and concluded: “Brazil will be ever closer to the activities of ICGEB, with the aim of promoting science for the people and for the future”.

Together with Min. Marcos Pontes and the H.E. Amb. Helio Ramos, Ambassador of Brazil to Italy, the Brazilian delegation comprised the Secretaries of Entrepreneurship and Innovation, Financial Structures and Projects, Scientific Research, Popularization of Sciences, the Head of the Office of International Affairs, and the Advisor for Social Communication.