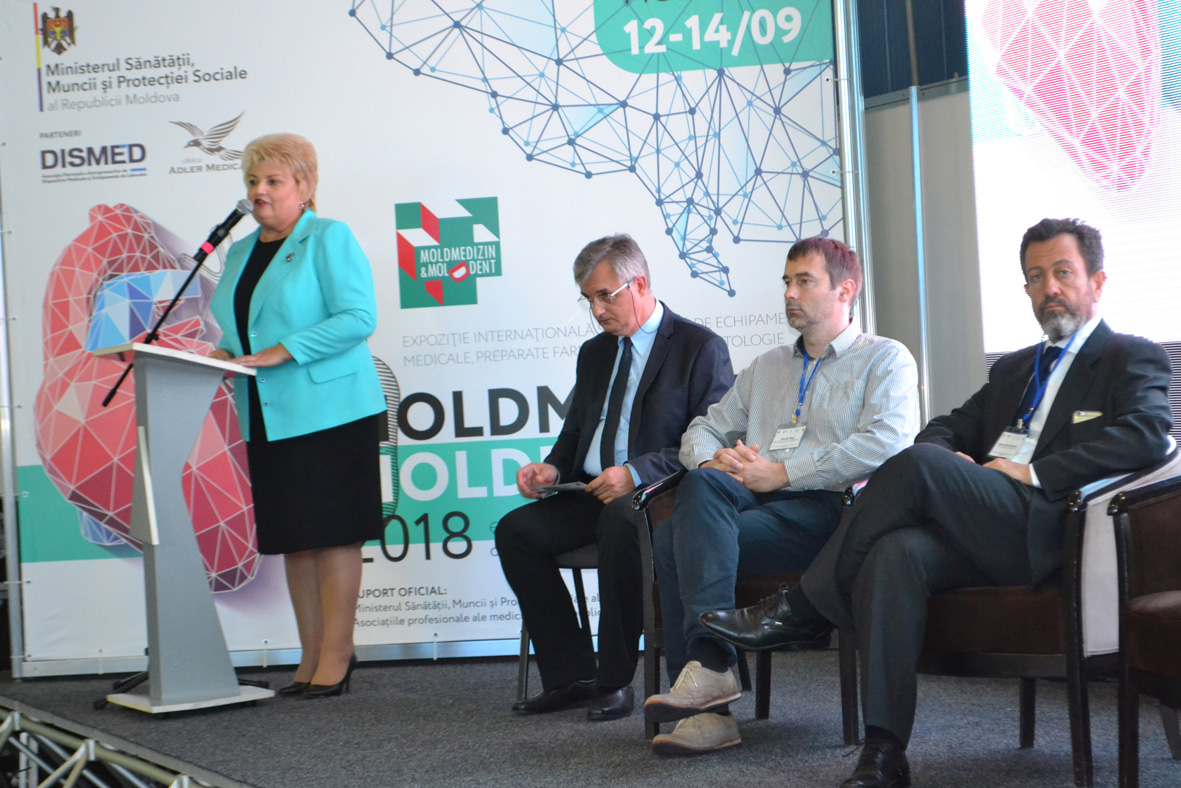 An event organised by Ghenadine Curocichin, Head of the Science Department at the State University of Medicine and Pharmacy “N.Testemitanu” USMF.

Meetings with Ghenadie Curocichin and Sergiu Porcescu, Founder, Knowledge Hub Moldova, were also held with Elena Belei, Secretary of State for Research, Ministry of Education, Culture and Research and Valentina Stratan, Member of Parliament of the Republic of Moldova and Deputy Chairperson of the Committee on Social Protection, Health and Family.

Discussions within the Government of Moldova are at an advanced stage to achieve the goal of full membership in the ICGEB, possibly before the next ICGEB Board of Governors session in May 2019, and before the Moldovan General Elections also next year.