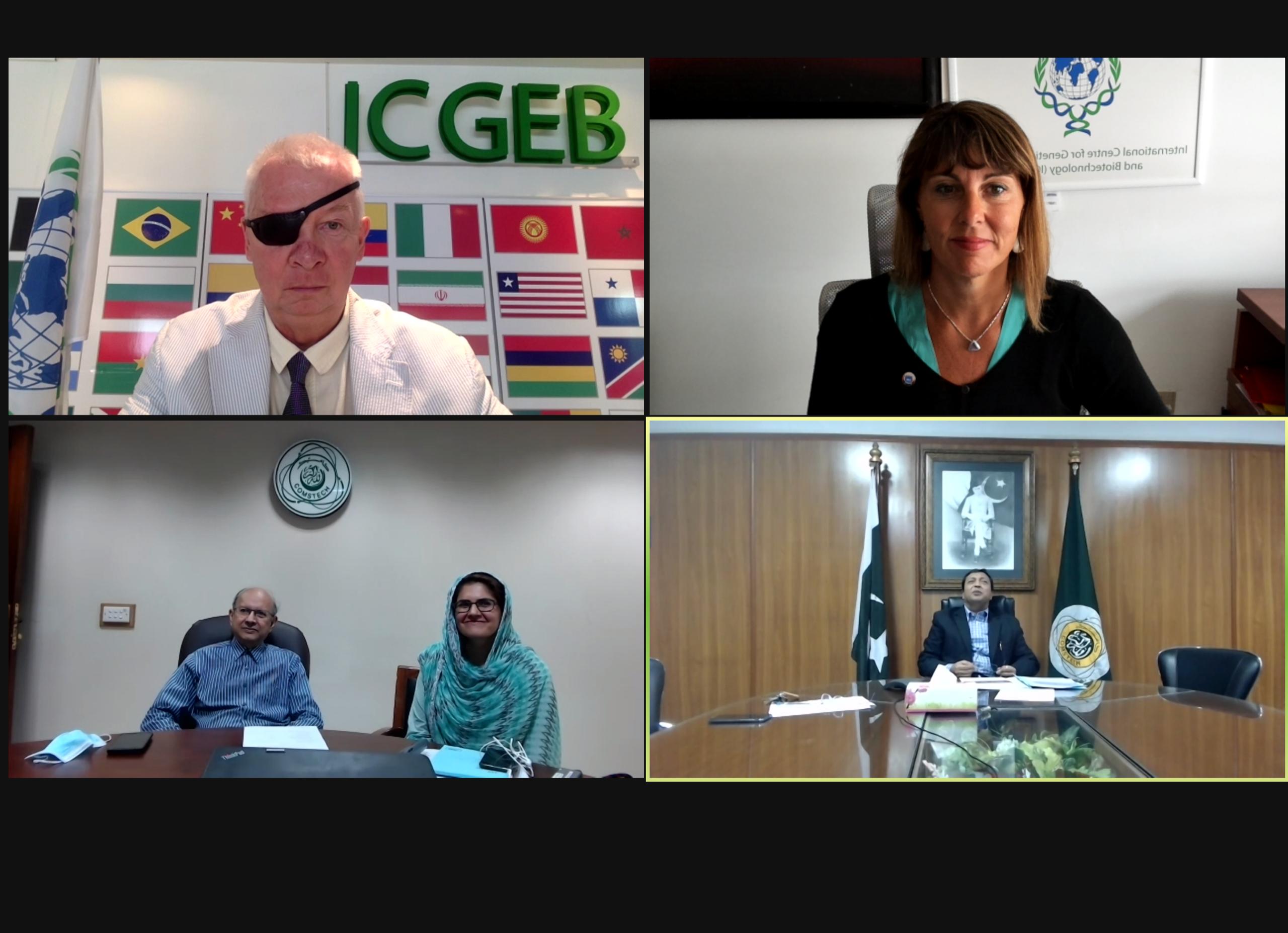 A virtual signing ceremony of the MoU with the Ministerial Standing Committee on Scientific and Technological Cooperation of the Organization of Islamic Cooperation (COMSTECH) took place on 15 July 2021.

COMSTECH Coordinator-General, H.E. Prof. Dr. M. Iqbal Choudhry, together with Dr. Banks, affirmed that science is the only solution to the pandemic, which impacts LDCs most harshly, hence the timely partnership. Both parties recognised the added value of joining forces in order to strengthen the capacities in Science and Technology of the 25 countries that are members of both ICGEB, and COMSTECH [1].

Dr. Banks emphasised ICGEB’s willingness to extend cooperation to other COMSTECH countries and is open to enter into dialogue with their Governments in order to expand membership. “ICGEB recognises that Science and Technology are major drivers of socio-economic development and that more than half of the Sustainable Development Goals require science and scientific cooperation in order to be achieved”. He added, “In this spirit, the ICGEB looks forward to the implementation of the joint fellowship programmes and grants, especially focusing on early career return grants, which will be key to reverse the phenomenon of brain drain that affects several member countries”.

COMSTECH – the Ministerial Standing Committee on Scientific and Technological Cooperation of the OIC (Organization of Islamic Cooperation) was established in 1981 in Pakistan. With the core mandate to strengthen cooperation among OIC Member States in science and technology (S&T) and enhance capabilities through training in emerging areas, its ultimate aim is to build and nourish a scientific culture in addition to using S&T as a major contributor to socio-economic development and rapid industrialisation.