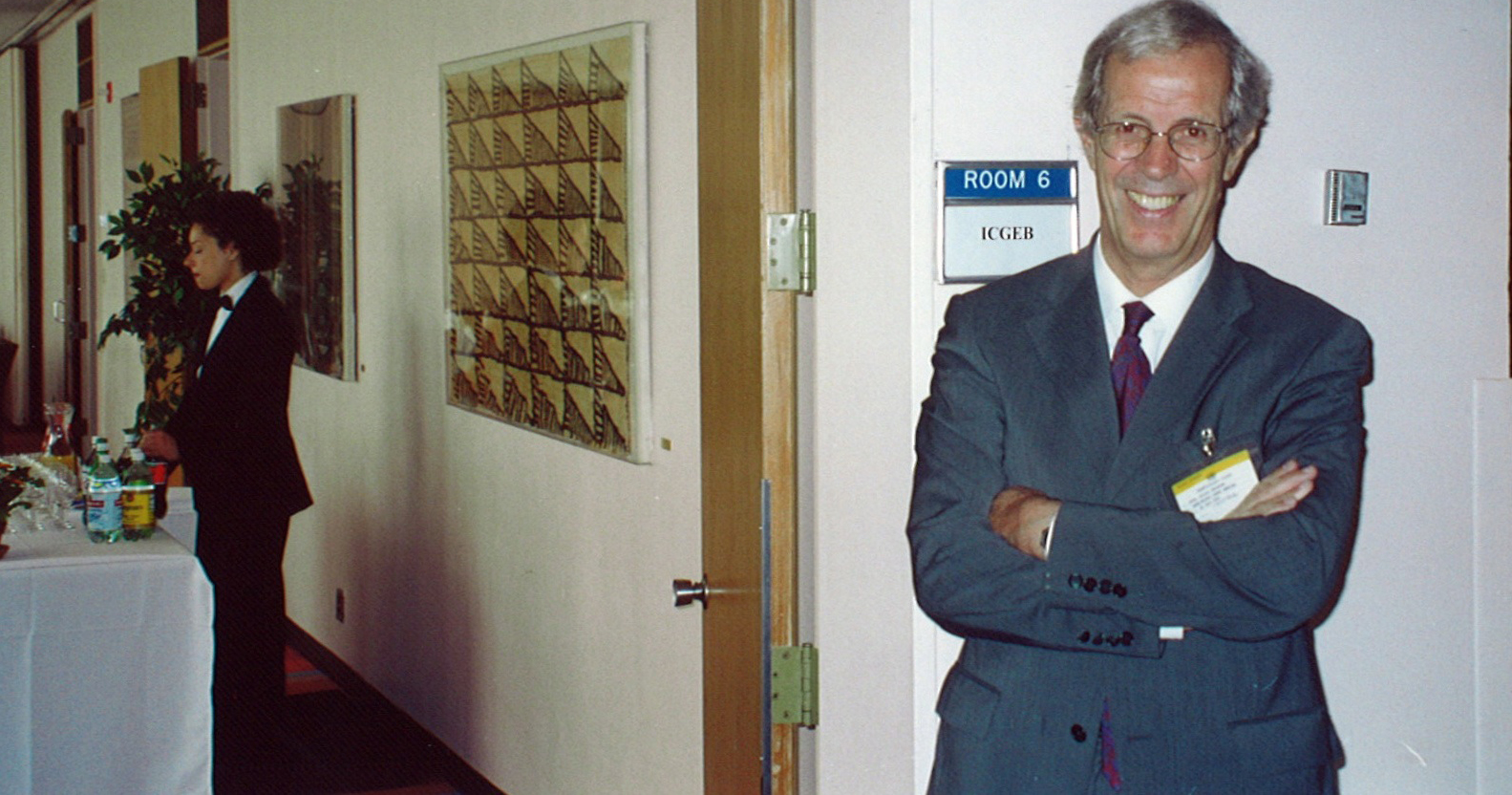 The mind and driving force in the founding and development of the International Centre for Genetic Engineering and Biotechnology, Arturo Falaschi was ICGEB Distinguished Scientist from 2004-2010, Director-General of the Centre from 1989-2004, Head of the Trieste Component of ICGEB from 1987-1989 and Group Leader of the Molecular Biology Laboratory from 1987 to 2010.

In 2012, the first major meeting on Frontiers in Cardiac and Vascular Regeneration, by Mauro Giacca, has been held in Trieste, to launch the series of conferences on topics of Molecular Medicine dedicated to the memory of Prof. Arturo Falaschi.

The 2nd Meeting of the Arturo Falaschi Conference Series, entitled: “ICGEB DNA Tumour Virus Meeting”, by Lawrence Banks, was held in Trieste in July 2015. The 3rd Meeting of the Series, entitled: “At the Intersection of DNA Replication and Genome Maintenance: from Mechanisms to Therapy”, was held in Trieste in July 2016, organised by Alessandro Vindigni. The Arturo Falaschi Conference Series 2017, “Atypical dementias: from diagnosis to emerging therapies”, took place in Trieste in November 2017, organised by Emanuele Buratti. In 2019, the 50th Anniversary of the DNATV Meeting will be held under this umbrella in Trieste, from 9-14 July, at the Stazione Marittima, marking the 6th edition of the Conference Series.

On 11 November 2010, the Headquarters of the Centre has been dedicated to his memory.

The “Arturo Falaschi ICGEB Fellowship Programme”, open to PhD and Postdoctoral applicants from ICGEB Member States, was officially renamed in 2012.

The “Immaginario Scientifico” Science Centre in Trieste dedicates a special laboratory for families on genetics, entitled “Arturo’s Helix“, in memory of Prof. Arturo Falaschi, each year.

Numerous and important scientific contributions in the field of replication studies of DNA in mammalian cells; a research theme and personal passion that distinguished Falaschi’s scientific activity from the time of his return from the United States in the ‘60s. He developed procedures to isolate neosynthesized DNA generated from the activation of DNA replication origins in mammalian chromosomes and established an innovative method for origin mapping. Thanks to these technological advances, he identified and characterized the Lamin B2 origin of DNA replication, the first human origin known in molecular details and now considered a standard in the field. Also intense was his biochemical activity in the field of DNA metabolism, particularly concerning purification and characterization of human proteins with helicase activity. His international scientific works featured in the most prestigious journals in the field of molecular research number over 130. He remains one of the few international researchers whose scientific activity is documented throughout almost fifty years (from 1962 to 2010).

Research interests in later years were articulated along the three main lines: i) Regulation of human DNA replication at the molecular level: identification of the origins of DNA replication and of the reactions occurring therein that lead to the initiation of bidirectional synthesis; ii) Human DNA helicases: isolation and description of the DNA unwinding enzymes present in the nucleus and identification of their possible role in origin or growing fork function; iii) Methodologies for gene therapy: developing conditions for the production of AAV-based vectors in the yeast Saccharomyces cerevisiae; use of yeast-derived proteins to enhance the frequency of gene targeting in human cells.