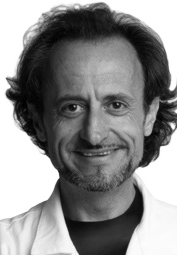 IFOM, the FIRC Institute of Molecular Oncology &University of Milan, School of Medicine, Department of Oncology and Hemato- Oncology-DIPO, ITALY

Collective motility is ruled by both biochemical and physical interactions that cells establish among each other and with their environment. An emerging framework to interpret these interactions in unifying principles is the notion of cell jamming. During collective motility cells can flow like a fluid, but as density rises, the motion of each cell is constrained by the crowding due to its neighbors. At a critical density, motility ceases and collectives rigidify undergoing a liquid (unjammed)-to-solid (jammed) transition, herein referred to as UJT.

This transition is thought to ensure proper development of barrier properties in epithelial tissues, but also to act as a tumor suppressive mechanism. The reverse, JUT might, instead, represent an alternative gateway to cell migration, enabling tissues to escape the caging imposed by the crowded cellular landscape of mature epithelia. The general validity of this physical framework and of JUT, however, remains to be verified. Even less understood is how cells control such phase transitions.

Here, we will address these issues and discuss whether the transition between “solid” and “liquid” locomotory states is an alternative or complementary gateway to epithelial-to-mesenchymal transition (EMT) to account for the plastic remodeling of epithelial tissues in physiology and pathology, focusing primarily on breast carcinoma progression.