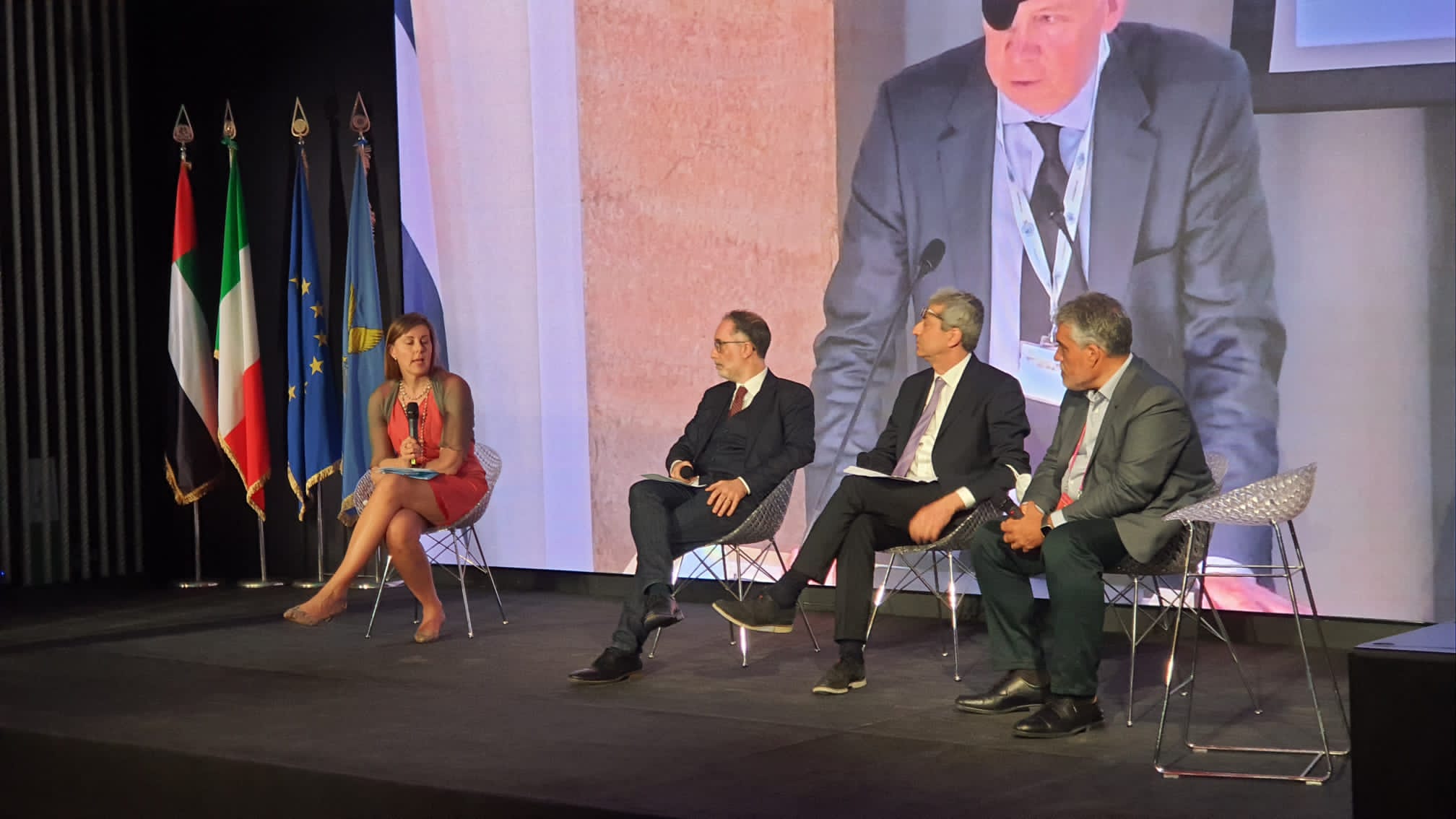 ICGEB took part this week in Expo Dubai Regional Day as part of the Research and Innovation Ecosystem of the Friuli Venezia Giulia Region.

Dedicated to highlighting the excellence of the territory, ICGEB was represented by Dr. Vittorio Venturi, Scientific Coordinator and Group Leader, Bacteriology, and by Ms. Marianna Maculan, Chief, External Relations.

Dr. Vittorio Venturi elucidated ICGEB’s areas of research, including the FVG Regional support for developing Biotherapeutics. Expressing hope that the centre might establish new collaborations with UAE partners, and increase its footprint in the Middle East through its Member States, Dr. Venturi announced a joint collaboration with ICBA that will involve genomics technologies and providing nourishment to the world’s growing population in unprecedented climate conditions. “With an expected population of 10 billion in 2050, the world needs to work on new plant varieties which can flourish in arid, high-temperature or saline environments, all the while guaranteeing a satisfactory yield” – Dr. Venturi said.

Hosted by the Italy Pavillion of Expo 2020 Dubai, the Friuli Venezia Giulia (FVG) Region showcased the excellence of its territory. The Governor of the Region, Massimiliano Fedriga spoke about enhancements planned, and emphasised the numerous institutions of scientific excellence that FVG hosts. Regional Minister for Labour, Training, Education, Research, University and Family, Alessia Rosolen, further emphasised this and presented ICGEB as one of the key scientific centres which graces the territory of Friuli Venezia Giulia.

In particular, ICGEB took part in the discussion panel entitled “The Friuli Venezia Giulia Research and Innovation Ecosystem: established international partnerships and future potential”. ICGEB expressed its gratitude to the Friuli Venezia Giulia Region for supporting the centre’s activities and hosting its Trieste Headquarters. Ms. Maculan pointed out that the missions of both ICGEB and its UAE partners: the International Centre for Biosaline Agriculture (ICBA) and New York University Abu Dhabi, are aligned with the UN 2030 Agenda for Sustainable Development, connecting them on a joint way forward.

Dr. Luis Augusto Becerra, Chief Scientist at the International Centre for Biosaline Agriculture (ICBA), agreed that agriculture needs smart solutions, which means developing new partnerships with institutes who specialise in areas complementary to those covered by ICBA. As part of a clean revolution, Dr. Becerra pointed out that biotechnology could be used with regard to salinity management, microbial presence in soil and the development of bio fertilisers in the Sub Saharan region.

Dr. Piergiorgio Percipalle, Biology Program Head, Associate Dean for Research and Graduate Programs of the New York University Abu Dhabi and himself an ICGEB alumnus, presented the university’s academic activities and pointed out the many similarities with ICGEB, including the wealth of international students and fellows contributing to the high-level academic and scientific activity.