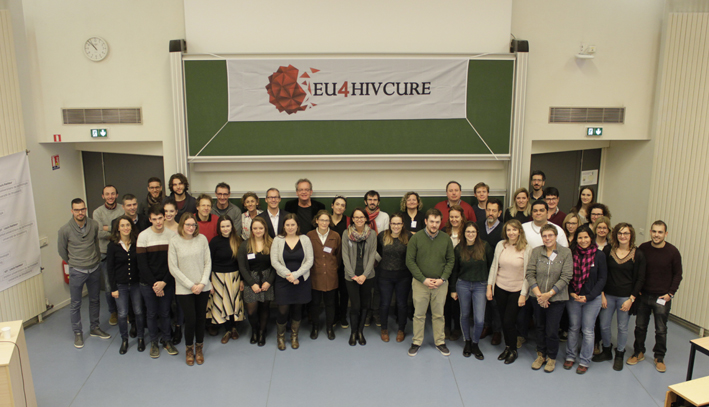 Alessandro Marcello and the Laboratory of Molecular Virology in Trieste are one of six partners in the Horizon2020 consortium of the European Union seeking a CURE for HIV/AIDS.

Finding a CURE for millions of individuals living with HIV/AIDS is one of the great global health challenges of the 21st century. The major obstacle to HIV eradication is the persistence of latent HIV cellular reservoirs, where the integrated viral genome is transcriptionally silenced but replication-competent and can escape both anti-retroviral therapy and immune responses. The development of novel strategies aimed at eliminating these reservoirs have become paramount in HIV research, if we want to achieve an HIV/AIDS CURE.

To accelerate the State of the Art in HIV CURE research in Europe, the EU4HIVCURE consortium brings together an and inter-disciplinary collaboration between 3 Universities, 3 Hospitals, 1 International Research Organization from 4 European countries and 1 University from Canada. Their aim is to dissect the intricate mechanisms controlling HIV-1 latency and identify new druggable targets to develop novel latency-reversing strategies and eradicate persistent viral reservoirs by forcing HIV-1 gene expression. To facilitate continuum for translation to the clinic, the Consortium has developed an operational framework, which of knowledge and expertise via secondments, networking training activities.

The members of the Consortium gathered in Strasbourg in December 2018 to discuss the latest findings and map future plans.