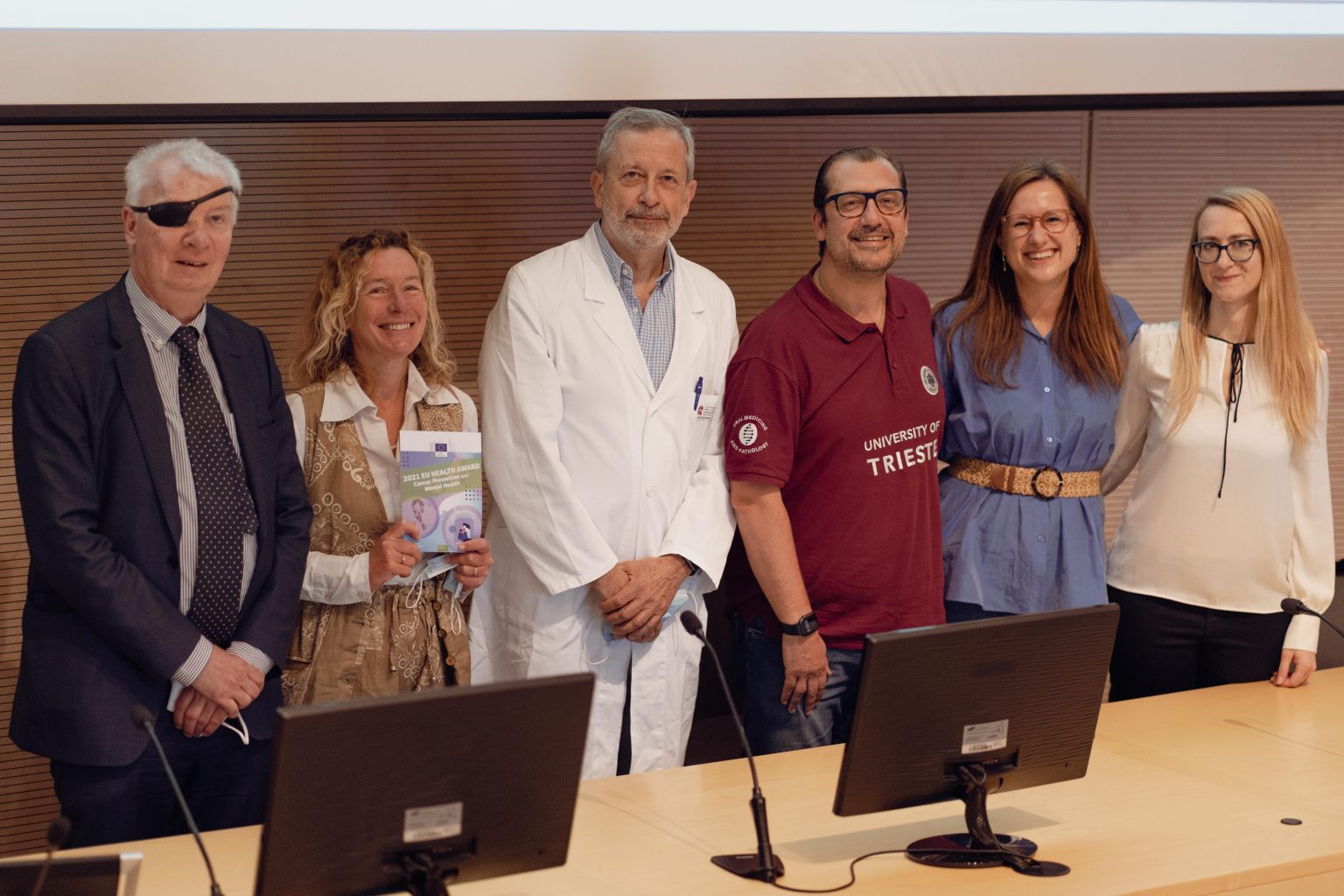 How important is science popularization? From the results achieved by the CURIoSA project, funded by the Autonomous Region of Friuli Venezia Giulia, and conducted between 2019 and 2022 under the leadership of Prof. Serena Zacchigna – highly!

The joint project between the University of Trieste and ICGEB has won the EU Health Award 2021 of the European Commission, which recognises health promotion initiatives.

This is the “crowning glory” of a project that has involved hundreds of students in school lessons called “Science Pills,” held over the past four years, 10 episodes of “Science & the City Young“, events open to the public, and the production of innovative material that will continue to be disseminated to address health issues related to cardiovascular diseases and tumours, in a clear and light communicative context, across the country.

The University of Trieste presented the CURIoSA project to the EU where it ranked first place in the category of educational institutions. The four-year project has been funded by the Autonomous Region FVG, and focused on innovative methods to communicate the importance of adopting healthy lifestyles to prevent cardiovascular diseases and tumours, particularly addressed to young audiences and students.

“This has been an immense and immensely gratifying project”, states Prof. Serena Zacchigna, who coordinated the project with Prof. Matteo Biasotti, University of Trieste. “It has enabled us to collaborate with medical experts, researchers, creatives, and professionals from the sports and entertainment industries, to work towards educating young learners and the public at large to improve good health and wellbeing.”

The CURIoSA project (which falls under the SDG4 category of ICGEB funded projects) was proclaimed the winner of the EU Health Award at a ceremony held in the Schumann Hall of the Berlaymont building in Brussels, headquarters of the European Commission, in the presence of Isabel dela Mata Barranco, Principal Advisor for Health and Crisis Management at the European Commission. Collecting the award on behalf of the working group were Katia Rupel, a researcher at the University of Trieste and
Luisa Alessio, scientific communicator for ICGEB.