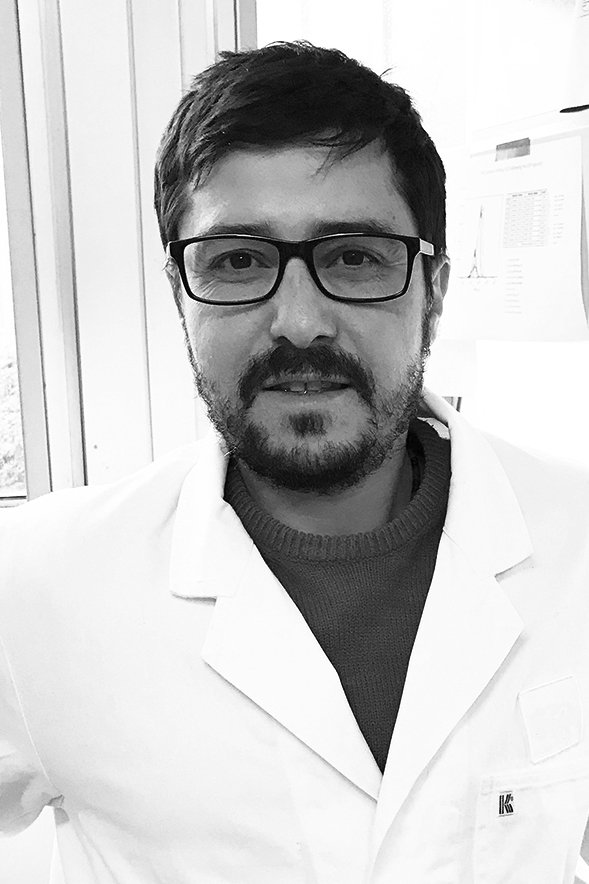 Andrea grew up in Procida, a little island in the bay of Naples, Italy. He studied Molecular Biology at the University of Naples Federico IIand worked at the Italian National Cancer Institute for his thesis. He received his MSc degree in Molecular Biology (summa cum laude) in 2002. Subsequently, he joined Prof. Maurizio D’Esposito’s group at Institute of Genetics and Biophysics (IGB-National Council of Research, CNR), Naples, studying the role of chromatin and DNA modifications in cancer – and this was the time when his interest in epigenetics began. He decided to stay in D’Esposito’s lab to do his PhD, focusing on the epigenetic mechanism of SPRY3 gene silencing in humans. As a part of his Doctoral training Andrea came to Prof. Neil Brockdorff’s lab at the Imperial College London in 2006 as a visiting graduate student. Here he became interested in X inactivation and decided to choose this topic for his postdoc. After having his viva and receiving his PhD degree, subsequently, Andrea joined the Brockdorff lab at the University of Oxford. His project was to study the epigenetics of X chromosome inactivation, focusing on understanding how Xist mediates gene silencing. In particular, he was interested in the interplay between Xist and Polycomb Repressive Complexes. He proved that Xist and PRC2 do not interact directly, moving the balance of the much-debated Xist-mediated PRC2 recruitment model toward an indirect recruitment one. Building on this, he set up a genome-wide RNAi screen to identify novel factors involved in X chromosome inactivation and run a set of screens. Based on his pioneering system the lab has identified important regulators of X inactivation. At the end of 2013, Andrea decided to move on with his career and returned to Italy. Back home, Andrea joined Prof. Phil Avner’s group at the EMBL-Rome as an EMBL-fellow to study the initiation phase of mouse X inactivation, in particular the role of chromatin remodelers in Xist and Tsix regulation. In 2018 Andrea started his own laboratory at the Blizard Institute, Queen Mary University of London. His primary research focuses are epigenetics, X chromosome inactivation and lncRNAs. The Cerase Lab is currently working in X Chromosome inactivation (XCI) and XCI reversal using cell, animal models and unbiased screening. The lab is also interested in X-linked neurodevelopmental disorders such as Rett and CDKL5 syndromes. The lab long-term plan is to study the epigenetic basis of brain development in health and disease with a particular focus on the role of lncRNAs and chromatin architecture. He is actively involved in science divulgation since his time at the University of Oxford and he regularly writes for several magazines. He is acting as an editor for many journals and as a referee for Italian, UK and international body of funding and several journals. He is an associate fellow of the Higher Education Academy (AFHEA).