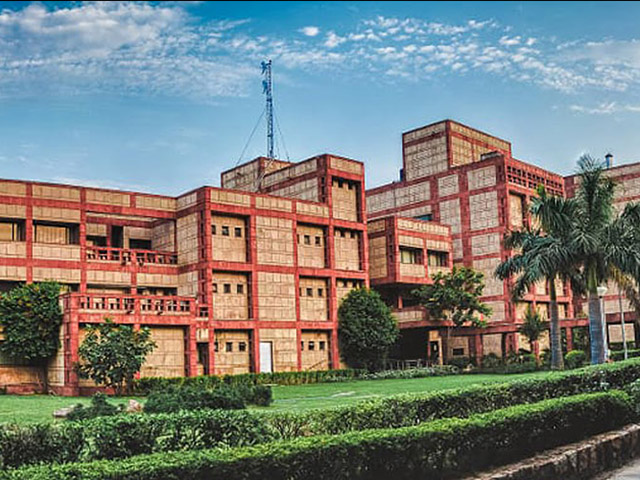 India’s capital and major gateway to the country, contemporary New Delhi is bustling metropolis, which combines the ancient and the modern. Its strategic location was one of the prime reasons why successive dynasties chose it as their seat of power.

Delhi has been continuously inhabited since the 6th century BCE. Through most of its history, Delhi has served as a capital of various kingdoms and empires. It has been captured, ransacked and rebuilt several times, particularly during the medieval period, and modern Delhi is a cluster of a number of cities spread across the metropolitan region. The foundation stone of the modern city, built around Raisina hills, was laid by the British Emperor George V during the Delhi Durbar of 1911. It was designed by British architects, Sir Edwin Lutyens and Sir Herbert Baker. The new capital was inaugurated on 13 February 1931, by Viceroy and Governor-General of India Lord Irwin.

Although colloquially Delhi and New Delhi are used interchangeably to refer to the National Capital Territory of Delhi (NCT), these are two distinct entities, with New Delhi forming a small part of Delhi. The National Capital Region is a much larger entity comprising the entire NCT along with adjoining districts in neighboring states.

New Delhi is a city of history, culture and heritage. Delhi is more than just the capital and political epicentre of the country. Delhi is also the centre of the National Capital Region (NCR), which is a unique ‘interstate regional planning’ area created by the National Capital Region Planning Board Act of 1985. This city blends modern with contemporary with surprising finesse. One great love of Art, culture, architecture, entertainment, fashion and, of course, politics—Delhi brings together all this and much more. With an yearly footfall of crores of tourists that come lured by its charms, this city is a major attraction. Walking its lanes is more like stepping inside the pages of a history book; do not miss to explore further. One’s visit is incomplete without paying a visit to Swaminarayan Akshardham temple, Amer fort, Jaipur and the Taj, Agra one of the world’s Wonders!

Indira Gandhi International Airport Terminal 3, and Indira Gandhi Airport Domestic Terminal 1 & 2, situated to the south-west of Delhi, is the main gateway for the city’s domestic and international civilian air traffic.

A regular Airport Express line metro service to New Delhi railway station (journey time approx. 20 min) from Terminal 3 and Terminal 2 is available. The domestic Terminal 1 is connected to the city by Magenta line of the Delhi Metro.

Prepaid taxi service booths are located outside the airport Arrivals. Taxi services provided by Ola and Uber are also available. The airport is not very far from the ICGEB New Delhi campus with travel time of approximately 30 minutes.

All three terminals of the Indira Gandhi International Airport are connected by the airport shuttle service which also go to Aerocity (approx. cost ₹ 30).

Delhi is a major junction in the Indian railway network and is the headquarters of the Northern Railway. The main railway stations are New Delhi, Old Delhi, Hazrat Nizamuddin, Anand Vihar, Delhi Sarai Rohilla and Delhi Cantt. For booking railway reservation visit https://www.irctc.co.in

The Delhi Metro, a mass rapid transit system built and operated by Delhi Metro Rail Corporation (DMRC) is lifeline of Delhi- NCR.
The Delhi Metro is a rapid transit system serving Delhi, Faridabad, Gurugram, Noida, Greater Noida and Ghaziabad in the National Capital Region of India. Delhi Metro is the world’s sixth-largest metro system in terms of length. The network consists of eleven color-coded regular lines and a Airport Express line, running 389 Km serving 285 stations. Delhi Metro operates over 2,700 trips daily, starting at around 05:00 and ending at 23:30 hrs. For journey planning and routes visit the Delhi Metro site https://www.delhimetrorail.com or download its mobile App from https://www.delhimetrorail.com/mobile-app.aspx