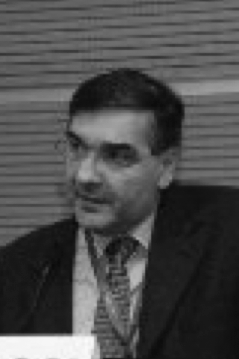 Torquetenovirus (TTV), first identified a little over two decade ago inthe blood of a post-transfusion patient with abnormal liver enzymeslevels using molecular techniques, is now known to be the prototypeof a vast group of related yet distinct viruses that infect humans andvarious animal species, currently classified in the family Anelloviridae.TTV possesses several unique properties, including: a) a particularly smallsingle-stranded circular DNA genome, which makes it the geneticallysimplest of all known replication-competent animal viruses hithertodetected in humans; b) an extremely high degree of heterogeneity whichhas brought to recognise at least 29 human species; c) a remarkableability to produce persistent, possibly life-long infections with variablyelevated levels of plasma viraemia in the apparent complete absenceof overt clinical disease; d) a general ubiquity in the body, as shown byits detection in all the organs examined; e) a prevalence in a very largeproportions of individuals regardless of age, socio-economical standingand health conditions. From all these properties, it is evident that TTV has established asuccessful interaction with its host, even though many aspects of its lifecycle and pathogenesis are still poorly understood. The interplay of TTVwith the immune system of the infected host is no exception. However,circumstantial evidence has recently been reported that TTV might beimmunomodulatory and that the immune system plays at least some rolein controlling TTV replication. With regard to the latter aspect, findingshave shown that TTV plasma loads tend to be higher in patients withimmune system dysfunction than in healthy controls and that these loadsundergo transient moderate changes following immunity perturbationsdue to, e.g., routine immunization, immunosuppressive medications,chemotherapy, and organ transplantation. A precise understandingof how extensively immunity can modulate TTV replication and of themechanisms involved is of outmost importance, given the extremelyhigh prevalence of active TTV infections in the human population andthe intriguing proposal of using TTV viremia as a universal marker ofglobal immune function.